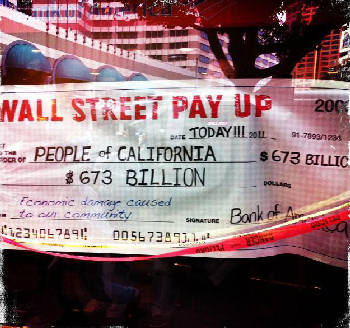 bills that make up the Homeowner Bill of Rights in California. The landmark legislation is the largest effort yet in any state to aid millions of homeowners abused by lenders.

The effort is being mounted following the $26 billion agreement with the nation’s five largest banks and 49 state attorneys general. One of the bills aims to eliminate the ability of lenders servicing companies to continue to foreclose on homeowners at the same time they are supposedly working on a mortgage modification.

Bills would also provide protections for renters and impose a $25 charge on banks each time they file a new foreclosure action. Another proposal included in the package of legislation would create a special grand jury to investigate financial crimes related to foreclosure practices.

Some of the proposals are already covered under the agreement worked with the 49 states, which included California, but attempts to strengthen the agreement as a way of helping homeowners from illegally being foreclosed from their homes. Federal regulators are combing through as many as 4.5 million foreclosure files across the U.S. to determine the extent of foreclosures that were illegally completed as a result of forged signatures by bank servicing employees.

Similar proposals have been offered in the state of California legislature but have failed from being adopted as a result of powerful banking industry lobbyists, who give generous donations to the state’s lawmakers.

However, an increase in foreclosure filings against California homeowners and complaints to lawmakers are forcing members of the states legislatures to consider the package of new bills. “Legislators have no more excuses to not protect California’s homeowners,” said Consumers Union attorney Norma Garcia.

A small group of demonstrators voiced support for the proposals as they held a protest in the state’s capitol Wednesday backed by the Occupy Wall Street movement. The protestors called on state lawmakers to place a two-year moratorium in place so that mortgage holders in trouble with their homes would have time to negotiate with their banks to work out agreements.