Despite the enormous financial damage it would do to the U.S. economy, Americans are divided over whether the record flood of foreclosures should be halted. That’s the stunning conclusion derived from the latest Housing Predictor poll. 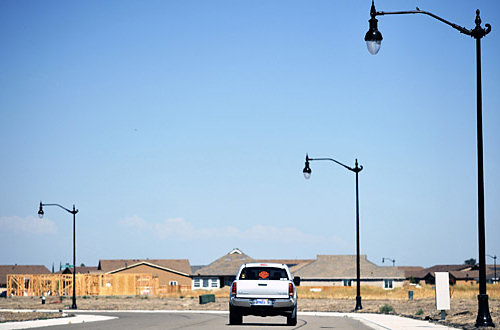 As public emotions grow over the foreclosure mess with banks and mortgage servicing companies admitting that employees signed legal paperwork to foreclose on properties they weren’t even sure they owned, sympathy seems to be growing for those going through the painful process.

Many more mortgage holders who are going through foreclosure or have suffered through the process are viewed as victims of predatory lenders instead of deadbeats. After all, few people would actually take out a mortgage when the likelihood of being foreclosed is high. All 50 state attorneys general are investigating the lenders practices.

Bankers shopped for nearly three-quarters of a century to find the right U.S. President to dismantle the Glass-Steagall Act, which was finally repealed in 1999 by President Bill Clinton. The elimination of the act, which was also called the banking act when it was established in 1933 to protect consumers, set the wheels in motion for the financial crisis to develop into the worst economic crisis since the Great Depression.

Changes that bankers made to home mortgages, accompanied by the weakest underwriting criteria since at least the Great Depression, and an appetite on consumers’ parts to borrow as much as they could to benefit from the run-away economy helped drive the worst economic collapse in decades.

Wall Street also did its part to wreck the economy before it was bailed-out by the federal government as traders sold mortgage securities at record levels to back the loans that banks sold driving the economy into the foreclosure crisis. Even Clinton, who signed the legislation that changed the nation’s future, says each foreclosure costs the U.S. economy “an average of $225,000.” Without halting the crisis or at least lessening its blow, more major economic troubles are inevitable that will severely damage the nation’s economy.

Do you want government policymakers to take action to halt the foreclosure crisis?