By Ryan Jackson
Three of hardest hit states in the U.S. housing downturn have seen foreclosures drop by more than 25% providing a major sign of 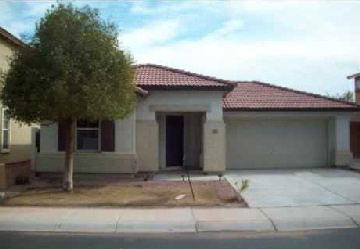 improvement for the nation’s housing market. Formal foreclosures in Nevada, Arizona and Michigan have been reduced at the highest level since the housing crisis started more than five years ago.

Nevada experienced a 66% drop in foreclosures in the last year, according to RealtyTrac figures. The drop is attributed to a new state law that went into effect in October forcing banks to prove they hold legal title to homes before they formally foreclose. There were only 1,334 home foreclosure sales in the full state of Nevada during the month of May. The state led the nation in foreclosures four straight years prior to the new law being enacted.

A bipartisan group serving state lawmakers in all 50 states, the National Conference of State Legislatures, says there were more than 400 foreclosure laws enacted across the U.S. in 2011. Nevada may have the most restrictive, making it a felony to foreclose on a property without proper paperwork.

Arizona foreclosures fell 40% in the past year as a result of a slowdown in foreclosure reviews and banks holding back foreclosing on homeowners in default of mortgages. Michigan, which is just starting to pull out of a six year real estate economic depression saw foreclosures decline 28% in the last year, according to RealtyTrac.

However, a Federal Reserve study found that in states that require judicial review for foreclosures, delays had no long term benefits for homeowners and often only prolong problems associated with the housing market.

“While foreclosure inventories in most states are declining, the foreclosure inventory is still rising in many judicial states, such as Hawaii, New York and Connecticut,” said CoreLogic CEO Anand Nallathambi. The increase is mainly as a result of slowdowns caused by delays associated with the robo-signing scandal. But after the nation’s five largest banks reached a $25 billion settlement with 49 state attorney generals, all five increased formal foreclosures.

“Many state laws that stretch out the period for legitimate foreclosures result in no added benefit for the homeowner and produce harm to the housing finance system and to neighborhoods,” Federal Housing Finance Agency attorney Alfred Pollard told a House oversight hearing.

An overhang of homes that the banks want to foreclose on is holding back a sustainable housing recovery from developing in some areas of the country. CoreLogic estimates that 1.4 million homes or 3.4% of all homes with a mortgage were in the national foreclosure inventory as of the end of May, compared to 1.5 million a year ago.