By Mike Colpitts
In an unprecedented move, the agency charged with overseeing the nation’s giant mortgage lenders is taking steps to halt mortgage fraud 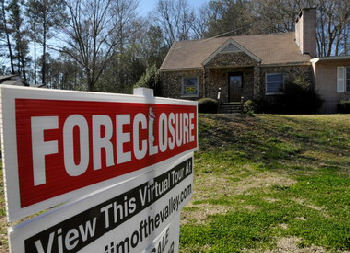 by the lenders it deals with. The action, by the Federal Housing Finance Agency, is the first of its kind since the financial crisis threw the U.S. economy into chaos.

The initiative, which will be known as the “Suspended Counterparty Program,” will require Fannie Mae, Freddie Mac and the Federal Home Loan Banks to notify FHFA when an individual or company they do business with is adjudicated by a court to have engaged in fraud or other financial misconduct.

Mortgage fraud is blamed for billions of dollars in damage to the U.S. economy annually by the FBI, which says it is still at epidemic levels more than five years after the beginning of the real estate collapse. The government made the announcement on the new measure late Monday in an effort to stem the tide of banks and mortgage firms the nation’s giant lenders do business with who have parties that have committed fraudulent acts in their mortgage lending practices.

“FHFA is taking this additional step to ensure the regulated entities are not exposed to unnecessary risk from doing business with individuals or businesses with a demonstrated history of fraudulent conduct,” the agency said in a statement released on its website.

The government agency will then determine whether a company or individual should be suspended from doing business with Fannie Mae, Freddie Mac or the Federal Home Loan Banks. Fannie and Freddie now supply the funds for more than 80% of all U.S. mortgages, according to government figures.

The FHFA will determine whether an individual or company should be suspended from doing business with the government backed lenders “as a threat to their safe and sound operations.”

Organizations and individuals who have been charged with criminal offenses or have been convicted of related crimes will also have the opportunity “to show cause why they should not be suspended,” the FHFA said. “In appropriate cases, FHFA will issue orders directing the regulated entities to stop doing business with the individual or company based on a history of fraud.”

The program is scheduled to take effect quickly, especially in government terms, on Aug. 15, 2012.