By Ryan Jackson
For the first time in more than two months, mortgage rates jumped higher as lenders reversed course, setting the average rate for a fixed 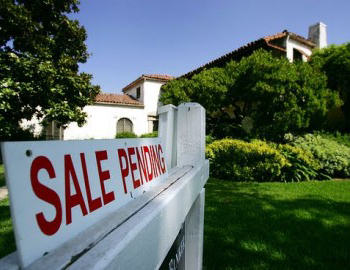 30-year mortgage at 3.71%, according to Freddie Mac. The shift could signal a change in rates to come. The rate on the 15-year fixed also saw a jump of four basis points.

The jump in mortgage rates resulted from higher yields being paid to investors purchasing U.S. Treasuries. Bonds had reached a record low, dipping just below 1.45% last week before climbing again. The rate on the 15-year fixed rate loan, which are gaining in popularity especially with the massive mortgage refinancing surge, moved to an average of 2.98%.

The 5-year adjustable rate home loan, however, dropped slightly to hit 2.80% this week with an average of 0.6 point, according to the Freddie Mac survey which accounts for about three-quarters of all U.S. mortgages.

“Fixed mortgage rates edged up slightly from record lows during a mild week of economic data,” said Freddie Mac chief economist Frank Nothaft. “The Federal Reserve Board reported that household net worth rose by $2 trillion to $62.9 trillion over the first three months of 2012 primarily due to increases in stock markets.”

The Fed’s remarks came just prior, however, to a report that U.S. average household wealth has dropped 39% for most Americans since the start of the financial crisis, mainly because of a lack of equity in homeownership.

TARP and other Fed driven bail-outs are also largely behind the stock market’s increase as businesses hold on to their cash, with more than $2 trillion in cash savings on corporate balance sheets.