By Mike Colpitts
Led by a slowdown in refinancing, mortgage applications slowed last week, despite near record low interest rates as consumers pulled back from trying to obtain cheaper loan 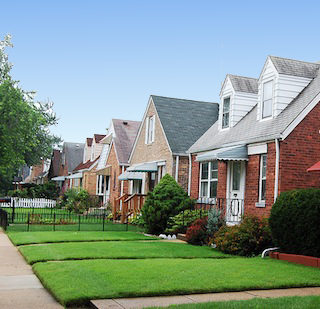 payments. Refinancing slowed by 8.0% from the previous week, according to the Mortgage Bankers Association.

“Refinance volume fell last week due largely to a fall-off in refinance applications for government loans, which had more than doubled the prior week,” said Michael Fratantoni, MBA’s vice president of research and economics. “The large swings in activity were due to the implementation of FHA’s new premiums on streamline refinances, and borrowers timing their applications to lower their premiums.”

Mortgage rates on 30-year fixed rate loans with conforming loan balances ($417,500 or less) increased to 3.88% in the bankers’ survey, which accounts for about three-quarter of U.S. mortgage activity. The increase, however, accounted for only a slight single basis point rise, with points decreasing to 0.40 from 0.49 for 80% loan-to-value (LTV) mortgages.

The average contract mortgage rate for 30-year fixed-rate mortgages backed by the FHA fell to 3.71% percent from 3.72%. Government backed FHA mortgages have remained under conventional rates for more than a year, and often require lower down payments than other loans for new home purchases.

The average contract interest rate on a fully executed 15-year fixed-rate mortgage decreased to 3.24%, also rising a slim single basis point for the week. The average mortgage rate for 5/1 ARMs increased to 2.81% from 2.75%.