The Securities and Exchange Commission has charged a Utah man with operating a real estate Ponzi scheme that bilked investors out of $100 million throughout the U.S. 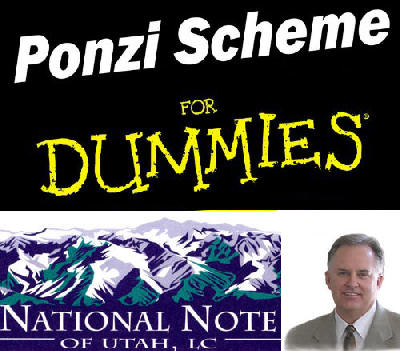 and shut down the private hard money lending company.

Wayne L. Palmer, 57, and his company, National Note of Utah in West Jordan have been charged with running the scheme, in which they lured investors to invest money in private mortgages promising annual rates of return of 12%.

Palmer told investors their money would be completely secure and that his firm had a perfect record, having never missed paying principal or interest on its promissory notes, according to the SEC. Marketing materials the company provided to investors showed that returns the company paid to investors did not fluctuate and stated investors were “guaranteed payment” even if property owners missed payments on their mortgages.

The funds were invested by the company as a hard money lender in mortgages that secured properties that would not otherwise have been financed through conventional mortgages.

“Palmer promised double-digit returns at his real estate seminars, where investors learned the hard way about his lies and deceit,” said SEC regional Salt Lake City director Kenneth Israel. More than 600 individuals, many of whom are senior citizens invested in the mortgages.

Federal prosecutors allege that Palmer used most of the money from new investors to pay earlier investors, making it a classic Ponzi scheme. The SEC said that since 2009, the company would not have been able survive but for the influx of new investor funds, and that its payments to investors all but stopped in October 2011.

According to the SEC complaint, Palmer reassured investors that the money would be forthcoming, and continued to solicit new investors without disclosing the fact that his firm was delinquent making payments to existing investors.

The company was founded in 1992 as a hard money lender in Salt Lake City. It quickly gained a clientele after Palmer spent many years in the area in the real estate industry. National Note started out brokering notes to institutional buyers, according to the company’s website. But then soon branched out to help mortgage brokers’ structure financing on properties that were difficult to fund through conventional lenders and charged higher mortgage interest rates for its services.