The former chief financial officer of one of the nation’s largest mortgage companies, Taylor, Bean and Whitaker, was sentenced to five years in federal prison for his role in a $2.9 billion fraud scheme 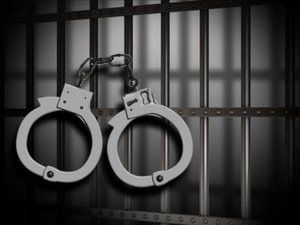 that led to the failure of the company, and cost hundreds of investors millions of dollars.

Delton de Armas, 41, was sentenced by a federal judge in Virginia to the term after pleading guilty to one count of conspiracy to commit bank and wire fraud and one count of making false statements to federal investigators.

“For years, Mr. de Armas, the CFO of one of the country’s largest private mortgage companies, helped defraud financial institutions by concealing from them billions of dollars in losses,” said Assistant U.S. Attorney General Lanny Breuer. “His lies and deceits contributed to the devastating losses suffered by major institutional investors.”

“As CFO, Mr. de Armas could have and should have put a stop to the massive fraud at TBW the moment he discovered it,” said U.S. Attorney Neil MacBride. “Instead, he and others lied for years on end to investors, banks, regulators and auditors and caused more than $2.4 billion in losses to major financial institutions.”

Federal prosecutors said the former CFO lied to investors, banks, regulators and auditors to cover up the massive scheme, and worked closely with the company’s former chairman to hide the failures of the company, which resulted in the failure of both TBW and Colonial Bank.

According to legal documents, de Armas joined TBW in 2000 as its CFO and reported directly to chairman, Lee Bentley Farkas, who has also been sentenced to federal prison for his part in the conspiracy. The former CFO admitted in court that from 2005 through August 2009, he and other co-conspirators engaged in a scheme to defraud financial institutions that had invested in a wholly-owned lending facility, Ocala Funding.

The firm obtained funds for mortgage lending for TBW from the sale of asset-backed commercial mortgages to financial institutions, including Deutsche Bank and BNP Paribas.

Shortly after Ocala Funding was established, de Armas learned there were inadequate assets backing its commercial mortgages. The former CFO knew that losses were growing as the real estate market began to collapse.

De Armas admitted he was aware that, in an effort to cover up the deficit, he misled investors, and directed a subordinate to cover-up the shortfall, according to federal prosecutors. De Armas acknowledged that he and the CEO also deceived investors by providing them with a false explanation for the hole in Ocala Funding.