A newly released survey shows that more than half of all U.S. homes with a mortgage are underwater or owe more on their homes than the current value of their property. 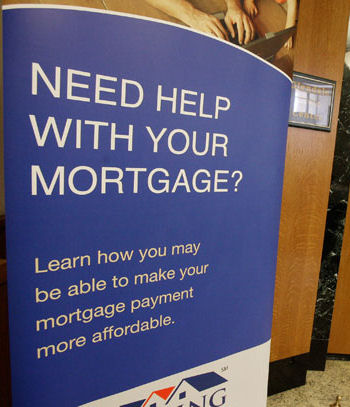 The study is the strongest indicator yet that efforts made by the Obama administration are doing little to aid U.S. homeowners in the worst housing downturn since the Great Depression.

Some 54% of those surveyed said their homes are underwater on their mortgages. Other surveys, including a poll conducted by Zillow researchers at the end of March have found an increasing number of homeowners underwater. The Zillow survey, which covered only urban centers in the U.S. said that nearly one-out-of-three homeowners were underwater.

The higher Housing Predictor number means than more than 27 million homeowners are underwater. The housing market has almost $4 trillion in negative equity, according to Federal Reserve Bank economist William Emmons of St. Louis. Emmons says it would take $3.7 trillion to get homeowners on a level playing field with mortgage debt.

The resounding survey figures are being released despite improvements in many areas of the country, with housing markets in 70 U.S. cities either improving or forecast to improve by the end of the year. Cities in the Mid-West, including Kansas and Nebraska and many areas in especially hard hit markets are already witnessing home value increases, including Miami and Tampa, Florida.

The turn around in the housing market is expected to be slow to intensify without additional programs added to the government’s arsenal of programs, including more refinancing for homeowners underwater on loans. The government’s giant lenders, Freddie Mac and Fannie Mae claim they have helped 4 million homeowners to refinance since the real estate collapse started more than six years ago.

Are you underwater or do you owe more on your mortgage than your homes current value?