The fallout from the real estate collapse is starting to see a turn around in some areas of the U.S. Home sales slid 7.4% in March in western U.S. states but fell more 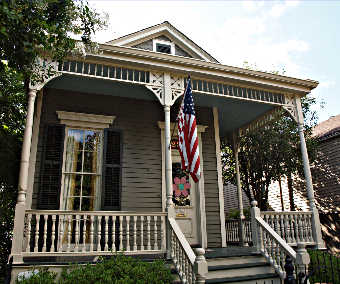 modestly in the rest of the country, according to the National Association of Realtors. But home prices in some regions are rising, delivering a promising sign for a nationwide recovery.

The national median existing home price was $163,800 at the end of March, an increase of 2.5% from a year ago, NAR said. However, the median price is only an indicator of the mid-way point of homes that are sold. The average prices of homes that are selling in many of the nations hardest hit cities are increasing.

Home prices are rising a little in some cities in at least nine states, according to real estate research firm CoreLogic. Average home values in Nebraska are up 2.0% in the past year, 1.6% in Kansas, 1.4% in Indiana and 1.3% in Mississippi.

The company tracks 100 of the nation’s largest metropolitan markets as part of its regular research it sells to customers in the banking and financial services industries.

However, distressed home sales made up nearly one in three transactions during March or 29% sold by NAR members. Some 18% were foreclosures and 11% short sales as lenders cooperate on a larger scale with underwater homeowners at risk of foreclosure.

However, a release of more bank owned REOs and foreclosures in Freddie Mac and Fannie Mae’s inventory will send a larger inventory of homes on to the resale market later this year. Home sales fell only 1.7% in March in the Northeast and were down 1.1% in the South, but were level in the Midwest.

Before much higher home prices can materialize analysts indicate that the over supply of foreclosures that are selling at steep discounts need to be cleared from the market. Millions of additional homes are forecast to be foreclosed in the next five years.

Despite near record low mortgage rates and historically low home prices compared to affordability levels in the past, many consumers, however, are unable or willing to take the risk to buy a home with the economy they see as uncertain. Consumer confidence will have to improve before home prices will be pressured enough to rise by the markets forces.