Borrowing rates for consumers shopping to refinance homes or buy another property just saw a small drop lower to reach 3.98% on a 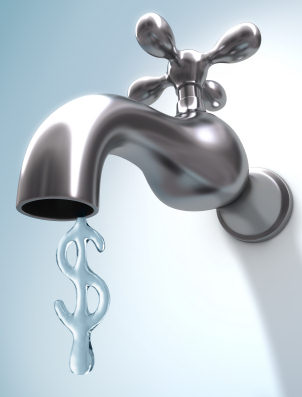 The fixed 15-year mortgage averaged 3.21%, a decline of just two basis points from last week. The 5-year Treasury indexed hybrid adjustable rate loan averaged 2.86%, a drip down from 2.90% last week. Mortgage interest rates have been below 4.00% on the fixed 30-year conventional loan for two straight weeks, according to the Freddie Mac survey.

Rates, however, offered to borrowers after being approved for a mortgage are usually higher, with many borrowers that have less than perfect credit.

Economists attribute the marginal change in rates to mixed signs on the health of the U.S. economy and higher rates paid for U.S. Treasuries, which have been above 2.20% for most of the week. “The final estimate of 2011 fourth quarter (economic) growth remained unchanged at 3%, representing the strongest pace since the second quarter of 2010,” said Freddie Mac economist Frank Nothaft.

The Federal Reserve also stated in its report last week that the housing market remains depressed, despite near record low mortgage rates being offered to borrowers. Home prices in the majority of the U.S. are still declining five years after markets reached their all-time record peak highs.

However, some cities in the Mid-West and extreme northern states are beginning to experience low levels of housing inflation, which were forecast by Housing Predictor at the beginning of the year.

The 1-year Treasury ARM remained the same as last week in the giant lender’s survey reaching 2.78%. However, few consumers purchase the mortgage with the low rates being offered on fixed rate mortgages.