Pushed by near record low mortgage rates, applications for home purchases and refinances made a solid rise for the week, indicating more home buying activity than many analysts thought was developing, according to the Mortgage Bankers Association. The composite index, a combination of both refinancing and home mortgage applications rose 5.4% for the week.

Purchase applications rose 5.5%, a rise for the third straight week as buyers turn out in greater numbers to take advantage of lower home prices, despite moratoriums put in place in 23 states on foreclosures by four major national lenders. On an adjusted-basis the conventional purchase index was at the highest level since last October. 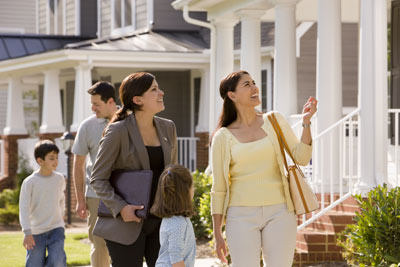 Mortgage rates barely budged as a result of the Federal Reserve’s announcement to purchase $600-billion in Treasury bonds over the next eight months in an effort to keep interest rates low and heal the U.S. economy.

“The increases in purchase applications we have seen over the past couple of weeks align with the better than expected news from October’s employment report and other data indicating some improvement in the economy’s growth prospects,” said Michael Fratantoni, MBA’s chief economist. “Refinance applications increased as rates continued to hover near record lows.”

Refinances grew to compose 81.7% of applications for the week. The average contract loan rate for 30-year fixed-rate mortgages remained unchanged at 4.28%, with points decreasing to 1.05 from 1.07 (including the origination fee) for an 80% loan-to-value mortgage. The effective rate also declined from last week. The average contract mortgage rate on a 15-year fixed-rate loan also remained unchanged at 3.64%.