As fears over the financial crisis rise just weeks before mid-term U.S. elections, three out of 4 respondents surveyed feel that the housing market will decline in value as much as nearly half from its current levels, according to the latest Housing Predictor opinion poll.

The finding clearly shows that Americans are extremely concerned about the nation’s economy and the housing market as the foreclosure crisis peaks hitting levels that have never been seen. Residential foreclosures are on track to reach 1.3-million homes this year alone after breaking all-time historic records the past two years. 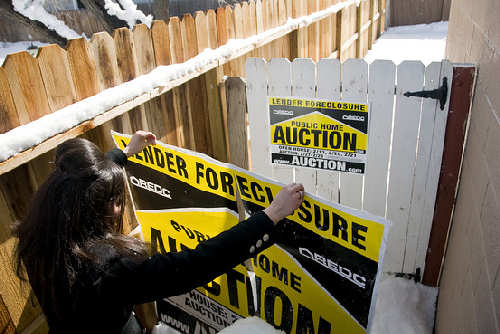 The poll paints and alarming picture of how Americans feel about the housing market as more mortgage holders walk away from their homes as a result of not being able to afford the mortgage. Only about 1-million have been helped through government programs.

Some 7% said home prices in their area would go down more than another 50%. Only 18% or less than one out of five respondents said that home prices won’t deflate any further.

Concerns over high unemployment, weak consumer demand and increasing lay-offs contribute to the uneasiness over housing, which was dealt a series of blows by financial markets, banks and record levels of fraud on almost every level imaginable.

How much more will your housing market decline in value?