Members of Congress are fed up with bankers and Fannie Mae and they’re letting them know it. In a letter signed by three Democrats, including the leader of the banking over-sight committee chairman Barney Frank, lawmakers complained to Fannie Mae for retaining lawyers who run “foreclosure mills” that are being investigated for illegally foreclosing on the homes of hundreds of thousands of mortgage holders.

Attorney generals in at least three states, Florida, Texas and Iowa are investigating firms for improprieties in handling the foreclosures of homeowners. The actions come on the heels of the halt on evictions by Ally Financial to temporarily withhold evictions on foreclosed homes in 23 states over questions arising over an automated robot document signer. 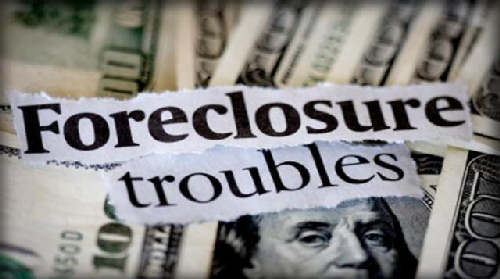 Alan Grayson (D-FL) and Corrine Brown (D-FL) joined Frank (D-MA) in addressing the letter to the troubled mortgage lender complaining about the lawyers firms who specialize in foreclosing on properties in mass. Many of the mills are members of the Fannie Mae Retained Attorney Network, who work at discount rates to handle the paperwork on foreclosures.

Mortgage giant Fannie Mae retained the firms that are under investigation by the Florida attorney general, accused of fabricating and backdating numerous documents filed in the lengthy legal foreclosure process.

Allegations revolving the mills charge that many of the foreclosures that the discount attorneys’ network coordinates are handled to speed up the process to formally repossess homes and other properties without first making sure of the ownership. A series of lawsuits filed in federal and state courts charge that foreclosures have been illegally handled by the lawyers as a result of failing to prove true ownership.

The charges could reverse hundreds of thousands of foreclosures should bankers be unable to provide the necessary legal paperwork for proof of ownership. The properties could also be returned to mortgage holders through court challenges or end up in legal limbo for years.

“In other words, Fannie Mae seems to specifically delegate its foreclosure avoidance obligations out to lawyers who specialize in kicking people out of their homes,” the group wrote in its letter. “The legal pressure to foreclose at all costs is leading to a situation where servicers are foreclosing on properties on which they do not even own the note. This practice is blessed by a legal system overwhelmed with foreclosure cases and unable to sort out murky legal details, and a set of law firms who mass produce filings to move foreclosures as quickly as possible.

“Why is Fannie Mae using lawyers that are accused of regularly engaging in fraud to kick people out of their homes?” the letter asked. “Given that Fannie Mae is at this point a government entity, and it is the policy of the government that foreclosures are a costly situation best avoided if there are any lower cost alternatives, what steps is Fannie Mae taking to avoid the use of foreclosure mills?”

A Fannie Mae spokesperson would only confirm receipt of the letter, but had no comment on actions that may be taken as a result.