The Consumers Union and the Consumer Federation of America, perhaps the most influential consumer protection organizations in the nation joined a chorus of other groups opposing extra home resale fees collected by investors.

Home resale fees are attached to home sale contracts, often without the knowledge of the home buyer. The fees are added as part of language contained in the rarely read covenants section of a home sales contract, requiring 1% of the sales price be paid to a private third party investor every time a property is sold for 99 years. Payments could be sold off as securities or cashed in by investors. 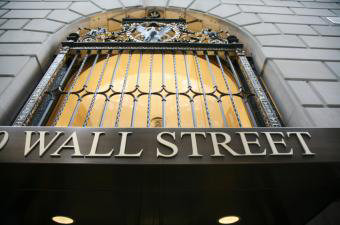 A bill introduced in Congress to outlaw the fees may be voted on during the next session in the House of Representatives.

“These fees are nothing more than a predatory technique that tries to turn a consumer’s property into an ATM for the developer,” said Barry Zigas, Director of Housing Policy at the Consumer Federation of America. “We have consumer groups, property rights groups, and veteran groups all saying the same thing. These fees are bad for consumers and bad for communities. I can’t think of a single consumer who would choose to have one of these fees on their homes.” 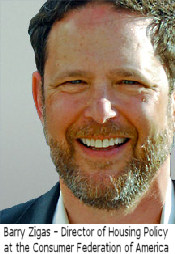 The alliance of organizations has been gathered to fight the use of the new securities, which are attached to new homes that are developed by builders that partner with Freehold Capital Partners, a New York based financial firm. The company says that it gives new home builders a way to finance new housing developments in these tough economic times.

The 1% fee is added to homes for a period of 99 years, and must be paid each and every time a home is sold. Wall Street bankers have rejected deals brought to them to produce the next big win-fall in the wake of growing public scrutiny over practices on Wall Street since the financial crisis. Freehold says it has signed up builders for its program on projects exceeding $600-million.

The fees are collected by closing agents when homes are sold and included in the “Declaration of Covenant” or “Private Transfer Fee Covenant” in the county where the project is built, presenting the likelihood of massive problems for home buyers and sellers when a transaction is set to close. The filing results in a collateralized debt obligation.