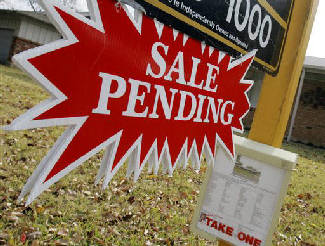 million units annually, but are still nearly 13% off the pace of last year when the home buyer tax credit was in effect, according to the National Association of Realtors.

Existing home sales, which include single family homes, condominiums and townhouses, managed sale gains in six out of the last nine months as the U.S. housing market encounters resistance to a recovery in the face of the foreclosure crisis and high unemployment.

Tight mortgage lending conditions still persist in the marketplace, despite near record low mortgage rates as lenders require higher down payments and credit scores to obtain a mortgage. Buyers are also increasingly concerned about home appraisals, seen as one of the chief culprits in the real estate crash.

A new NAR poll found that 11% of Realtors surveyed said a contract was cancelled in April from an appraisal coming in below the agreed upon sales price. Only 14% of those that were appraised under the sales price were able to negotiate a lower price to close the transaction. 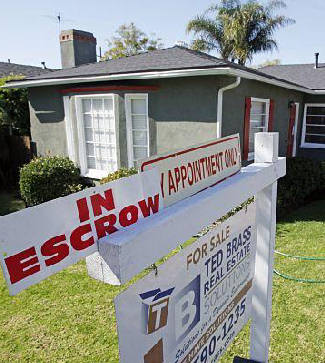 “Given the great affordability conditions, job creation and pent-up demand, home sales should be stronger,” said NAR chief economist Lawrence Yun. “Although existing home sales are expected to trend up unevenly through next year, unnecessarily tight credit is continuing to restrain the market, along with a steady level of low appraisals that result in contract cancellations.”

Despite the decline in April, home sales remain higher than last summer when stricter loan underwriting and growing concerns about financial reform hampered the market. All cash purchases composed 31% of sales in April, a 4% decline from March when a record 35% of homes were bought by cash-paying buyers.

Investors make up the majority of cash buyers, pulling money out of stocks, bonds and other investments to purchase property as tangible assets at some of the lowest prices in 20 years in many regions of the U.S.

Housing inventory also shot up during the month for the spring buying season, increasing nearly 10% to 3.87 million existing homes listed for sale. The bulging inventory represents a 9.2 month supply at the current sales pace. A six month supply is usually considered to be a market that is balanced.