Home sales were over reported by more than 14% for a four year period by the National Association of Realtors, the organization

admitted today. The alarming drop in the association’s existing sale figures came as no surprise to many local members, who had said the national association was over reporting sales for years.

The corrected figures were issued after real estate research firms, including CoreLogic published reports indicating that home sales and inventory of homes for the period from 2007 through 2010 were much lower. The sale of homes, condos and townhouses are now estimated to have been 4,190,000 in 2010, down 14.6% from the previous estimate by NAR.

Existing sale figures for 2007 through 2010 were revised downward by 14.3%. The decrease shows that the real estate boom was smaller than the association had estimated, and could have a lesser impact on the U.S. Gross Domestic Product.

The figures are critical to the compilation of data compiled by the association since it is used by many organizations to determine the volume of home sales made during a given period, but are not used in forecasts prepared by Housing Predictor analysts. 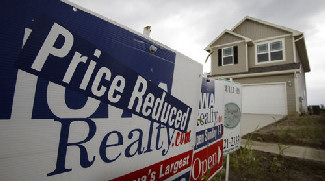 Association officials attribute the difference in sales to reports made by local multiple listing associations and the number of homeowners marketing their own homes.

“It appears that about half of the revisions result solely from a decline in for-sale-by-owners (FSBOs), with more sellers turning to Realtors to market their homes when the market softened,” said Lawrence Yun, NAR chief economist. “The FSBO market was overwhelmed during the housing downturn, and since most FSBOs are not reported in MLSs, national estimates of existing-home sales began to diverge based on previous assumptions.”

Homes that were listed with more than one multiple listing service in some regions of the country, and flipping homes also contributed to the difference in the figures reported by the association.

A new independent review has been discussed with U.S. government agencies and other housing experts, which may provide annual revisions on home sale estimates in the future.