Selling LA, a TV show featuring luxury estates throughout the richest areas of Los Angeles has been renewed for a second season on Home 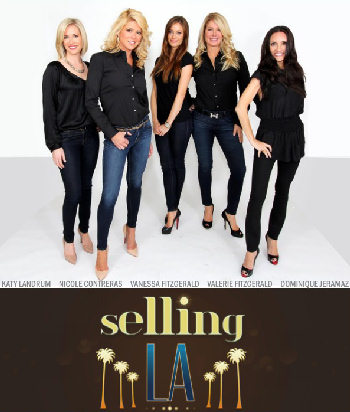 Real estate broker Valerie Fitzgerald, the star of the dazzling show will be joined by other members of her team as the weekly show shines on luxury homes in neighborhoods like Beverly Hills, Malibu, Santa Monica and the Sunset Strip.

Fitzgerald is a Los Angeles broker who specializes in buying and selling luxury residential real estate, and she has plenty of problems to solve in her day to day business. “In just two short months we’ve had a lot of positive feedback from viewers,” said Fitzgerald. “They find our real life real estate episodes interesting to watch and they get an inside look at what it takes to be in the real estate profession.”

In one upcoming episode, the show features a new $13.995-million, 14,000 square foot mansion in Mulholland Estates. The massive estate is brand new but lacks furnishings to make the place sellable so Fitzgerald and her team go to work.

“This was a huge house with great bones, but Valerie needed our help to bring it to life,” said Meredith Baer, a Los Angeles home stager. “And there was a small window as Valerie had an event coming up in less than a week.” 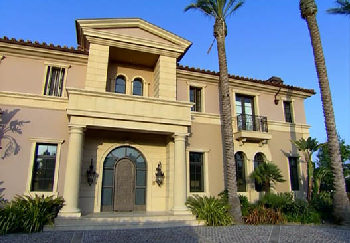 The home, which features six bedrooms, a huge swimming pool, deck over looking the LA basin and took four years to construct, turned out to be too big for the builder and his family to live in so they decided to sell it before moving into the massive home.

Fitzgerald’s life as a real estate broker over more than 20 years marketing properties in swank areas of LA have led to many meaningful relationships that are becoming part of the HGTV show, which airs Thursday nights at 9 p.m. EST.

“About 10 years ago one of my friend’s two young boys intrigued by real estate would come to my office after school and ask me questions about homes and the market,” said Fitzgerald. “Over the years I leased them their first apartments, and as time went on I sold them a residential lot in a prestigious gated community to build their dream home. They decided after it was finished that it was too big and wanted to sell it.”

The show highlights only the most fashionable of luxury real estate in the LA corridor where only the richest are able to live and play, protected by security patrols and locked gates. It’s an area that has been in many television shows and movies, including Beverly Hills 90210.