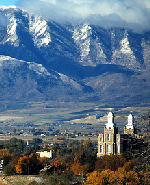 The hottest buyers housing markets are places you may find comfort in the worst housing crash since at least the Great Depression. The top 10 buyers markets listed by Housing Predictor at mid-year are markets that aren’t necessarily big arts and entertainment centers, mostly found in smaller communities.

Amarillo, Texas takes the first position as the nation’s top buyers market in 2009 with the highest likelihood of housing inflation over the next few years. Austin, Texas and Tucson, Arizona are the largest metro areas to be named to the list possessing the highest probability of growing through the recessionary economy over the next few years. As a high-tech hub, Austin will have what it takes to not only sustain the downturn but see home values inflate.

All 10 markets hold the promise of prosperity in the near future. In the current economic environment there are few areas of the country that will see appreciation this year. The markets named here represent cities that are the most likely to experience housing inflation over the next few years, despite the downward economy and are the best places forecast to buy real estate to make a profit.

The financial crisis dealt a severe blow to the national economy that will take many years to overcome. Unlike any other downturn in real estate since the Great Depression, markets have seen home values decline at record levels. Times have changed as a result, and real estate inflation will take years to return in most areas. Investing for the long term, considered to be 10 years or longer is the best protection for those who choose to take the risk.