Facing the roughest real estate crisis in more than a half century, housing agencies in 10 states expect to begin handing out housing aid to homeowners at risk of foreclosure by fall from the federal government. 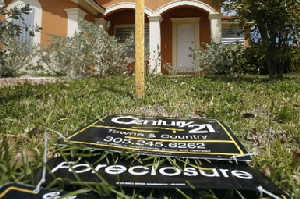 The $2.1-billion Hardest Hit Fund is targeting homeowners in 10 states most severely affected by the housing crisis. Proposals from state Housing Finance Agencies in the five worst impacted states have been submitted to the Treasury Department, laying out plans to aid homeowners in distress.

The fund is part of a series of programs implemented by the Obama administration to slow the record foreclosure crisis.

Most of the state housing finance agencies are focusing on helping the unemployed and under-employed to stay in their homes. The California Housing Finance Agency has been targeted to spend $699.6-million from the Hardest Hit Fund. Under the proposed program, unemployed California homeowners who are in immediate danger of losing their homes to foreclosure would get up to $1,500 a month to help pay their mortgages with a cap of $9,000. 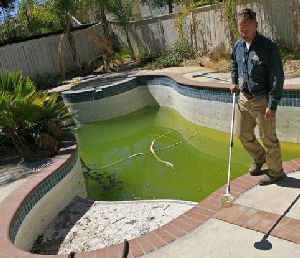 The proposal, which must still be approved by the Treasury Department before funds are allocated, would also reinstate some mortgages in default. Housing counselors would work with homeowners and lenders to reduce the amount of principal owed on mortgages. The California agency would match principal reductions with lenders as incentives in cash for banks that agree to cut the principal amount on underwater mortgages. An estimated 35% of California homeowners are underwater on home loans.

However, should an agreement not be worked out between lenders and mortgage holders, the California plan calls for a one-time transition payment to homeowners from the fund of $5,000 to help obtain new rental housing and cover moving expenses. The program is targeted to receive the largest share of the state’s budget, $419-million.

Under Florida’s proposal the housing agency will help unemployed or under employed homeowners having trouble making their mortgages by paying up to nine months on a mortgage with the lender agreeing to forfeit nine monthly payments.

The plan also includes mortgage modifications and intervention, in which homeowners meet with their lenders represented by attorneys to negotiate a modification. The program calls for troubled homeowners to meet with counselors to work on a plan individually in efforts to reach a solution. Florida is targeted to receive $418-million in relief aid, second only to California.

Nevada is expected to receive $102.8-million from the fund even though it has the largest percentage of underwater mortgage holders at an estimated 70%. Michigan and Arizona were the first two states to submit relief plans of the five most severely impacted. Michigan foreclosures have been at record levels for more than three years.

The states included in the Hardest Hit Fund were selected by the Obama administration based on the highest levels of housing deflation and unemployment. Five other states will share in $600-million in aid from the fund.