Like a solider standing alone in the battle field, the Obama administration’s housing finance reform proposal offers the U.S. a way of riding itself of the most troubled mortgage giants, Freddie Mac and Fannie Mae in the real estate collapse. But it stops short of offering any concrete long term solutions with a housing plan for the nation like a lone soldier Missing In Action.

do to aid the housing market in general terms. But it provides very few real world solutions.

The case for fundamental reform of the two behemoths has been made long before 2008 when both Government Sponsored Enterprises (GSEs) were taken over by the federal government as wards of the state in bankruptcy. Instead of setting up a path to build a future recovery in America’s housing and real estate markets, the administration glossed over the subject.

In the administration’s news release provided to the media it did offer a few concrete examples, which were lightly treated in the main report. Winding down Freddie and Fannie are elementary to the mortgage finance system. The plan set a framework for the mortgage financing market to be re-deployed.

Changes in pricing mortgages, increasing down payments and re-designing FHA are part of the framework for the mortgage system that must be re-constructed. Fixing the flaws in the housing market that led to the foreclosure crisis won’t be as easily attained. The White House plan failed to suggest any course of action to develop a housing plan. 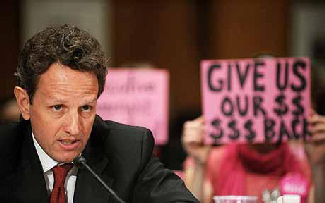 Despite the foreclosure crisis gaining momentum, the administration seems at a loss to deal with the mammoth problem as banks fail in increasing numbers by the week. Creating a more stable and able mortgage market to serve the nation is a start, but with an estimated 18.8-million vacant homes in the U.S., according to the Census Bureau, the crisis needs to be dealt with on more avenues.

The administration supports reforms to correct mortgage servicing irregularities and frauds committed against hundreds of thousands of homeowners who have gone through or are experiencing foreclosures, including national standards for mortgage servicing quality controls, reforming compensation and requirements for greater disclosures.

But advancing any sort or real long term reforms in its agenda to Congress, which will take up the debate, the White House only says each of its options “would produce a market where the private sector plays the dominate role in providing mortgage credit.”

Realtors, mortgage professionals, new home builders and the lending industry compose many of the most fractured industries in the current U.S. economy as a result of the real estate collapse. They deserve a plan on which they can rest their futures with the rest of America to benefit the entire nation, and for once provide concrete change towards a real economic recovery.