With each and every report comes “hope” that maybe, potentially, somehow the moribund housing market has finally reached its inevitable bottom 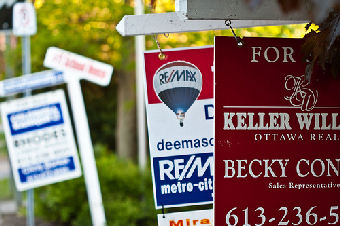 and is now on the verge of the next great advance. Nothing could be further from the truth.

I say this with a bit of pain because I am a homeowner. I do not like seeing the annual appraisal values on my home falling – even though it means lower taxes. My home, as with most, is a very large investment of mine that I would like to see appreciate, however, the reality is that things may remain depressed for quite some time. In order to understand where we are potentially headed we have to understand where we have been. Furthermore, it is critical to understand that all changes, whether in the markets or in housing, occur at the margin. Think about it this way – the majority of homeowners today are not sellers, they bought their home and they plan to live there for some period of time (7 years on average). Changes in life such as a job loss or change, children or retirement lead to most decisions to buy or sell. However, out of the total population of home owners there is only a small percentage at any one time that are making decisions, either by frce or choice, to complete a transaction. Therefore, as we analyze housing reports it is important to remember that changes to housing occur at the edges with those individuals that are actively seeking to buy or sell a property right now. Unfortunately, those activities at the margin affect the values of the whole.

Today the mainstream media stated that “New U.S. single-family home sales rose in October and the supply of homes on the market fell to its lowest level since April of last year, showing some healing in the battered housing sector.” This certainly sounds like a very encouraging report until you begin to look into the numbers.

New home sales, according to the report, rose to 307,000 in October from 303,000 in September. However, this is only after September’s sales were revised down from 313,000 to 303,000 and August was revised down by 3,000. Therefore, to put this in perspective new home sales for October were at the same level that they were in May and below where they were in January.

Even more disappointing is that the current level of sales is more than 50% below the long term average of new home sales of 672,000 each month. Of course, the lack of sales in new homes is dragging down prices as the glut of inventory overwhelms the limited number of buyers. In other words, the activity at the margin, which is dismal from a historical perspective, is dragging down the pricing of all homes affecting you and me.

However, this is not just occurring in new home sales alone. If we take a look at the recent releases of existing home sales we see much of the same dismal level of activity occurring. In October the number of existing homes sold, according to the National Association of Realtors, was 497,000 which was up slightly from the September level of 491,000 but down from the August levels of 503,000. 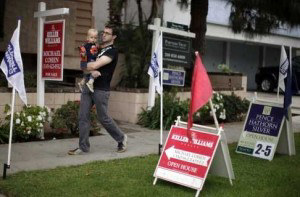 With existing home sales well off of levels that would be considered healthy; we must also remember that there are two things that are occurring at the margin that affect all homeowners individually.

The first is that many of the sales in existing homes are occurring due to distress, default, delinquency, etc. Furthermore, existing homes compete with new homes in pricing. Therefore, the pressure to reduce the selling price of existing homes to compete with new homes on the market continues unabated. The current level of price “reversion” still has quite a bit more to go before reaching the long term median home price levels. With personal incomes on the decline, credit conditions very tight and inflationary prices continuing to rise the “affordability” of housing may continue to remain under pressure for some time to come.

Secondly, this pricing pressure at the margin affects particularly those that need to sell to get out from underneath the mortgage burden. However, the decline in prices has left them stranded because now their home is worth less than what they owe on it. This is turn leads to what is called “lack of mobility” as these homeowners would like to sell in order to move to a better location for a better job, move into a rental to reduce the burden on the income or sell to downsize into something more affordable but can’t because they are literally “stuck”  in their home.

With housing starts and permits continuing to plumb the lows not seen in the history of the index back to 1960 the overburden of existing supply for sale and a limited number of qualified buyers will continue to keep home builders on the sidelines. Furthermore, it should not be a surprise, that there is an inverse correlation between employment and new home starts – “no job = no house.”

While recent reports have shown mild upticks in data it is important to keep it all into perspective. The ongoing credit crunch, high unemployment, lower values, excess supply and low household formation will continue to pressure real estate prices for quite some time to come. So while the media looks for its daily dose of sunshine the reality is that at the margin the changes that are occurring is driven by the supply and demand of those that have a “For Sale” sign in the lawn and those who are actively looking to buy. When prices were going parabolic it was the “idiots” that we loved for driving our home prices higher. The belief was that the cycle of higher home prices would continue indefinitely and somehow our home became an investment vehicle.

Now, the fallacy of that illusion which was caused by those at the margin has come home to roost. With more sellers than buyers in the market the supply/demand curve is skewed heavily to supply dragging prices lower. As a result all homeowners will very likely continue to experience the effects of home price deflation in urban areas. Yet, because home prices are such an emotional topic, the mainstream media and economists alike will continue to troll for nuggets of goodness. However, as individuals with a real stake in the game, we should be considering the impact of sustained depreciation on the psyche of homeowners and, in turn, the impact on the economy longer term.

Lance Roberts is the CEO and Chief Economist for Streettalk Advisors, a registered investment management company with over $400 million assets under management. Roberts has 25+ years of experience in private banking, money management and financial services, a radio show (KSEV) in Houston, and blogs daily on macroeconomic news: http://bit.ly/Streettalk