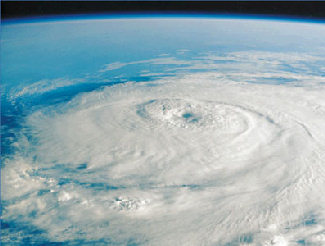 home losses, according to an assessment by a real estate research firm. It’s the second annual assessment by Core Logic, developed to enhance understanding of the heightened risk storm surge damage poses to the U.S.

Back to back active hurricane storm seasons in 2004 and 2005 triggered billions of dollars in losses along the Gulf of Mexico from Louisiana, where Hurricane Katrina struck to Southern Florida. A series of hurricanes hit the region during those two years, sending storm surge on to the region’s beaches and destroying or damaging thousands of homes and other residential structures. 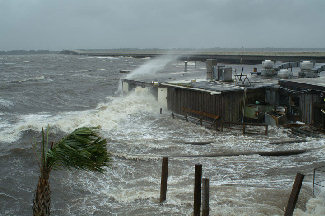 The deep low pressure systems associated with hurricanes grow into massive storms unleashing their force on to the coastlines when the storms reach land. Homes in low lying areas are flooded and destroyed by the storm surge.

In the northern reaches of the Atlantic, Long Island, New York was found to have the highest risk of exposure valued at a potential of $99 billion in storm surge damage. The Miami-Palm Beach, Florida region was determined to be second highest at risk with $44.9 billion in potential losses in homes and condo damage. Virginia Beach, Virginia came in third at $4.6 billion and New Orleans, Louisiana in a flood plain at fourth with damage estimates that ranged up to $39 billion.

“The local flood zones defined by FEMA in high-risk coastal regions provide a great deal of exposure data for homes in the path of flood waters,” said Dr. Howard Botts, executive vice president and director of database development for Core Logic. “But understanding the additional layer of risk posed by a storm surge is critical for homeowners, emergency responce teams, insurnace companies and many others to plan and prepare for natural catastrophes.”

Homes exposed to potential storm surge damage built close to the ocean and nearby waterways are also likely to suffer severe damage as a result of flooding or wind damage associated with hurricanes. “In many cases homes exposed to potential storm-surge inundation are located outside of designated flood zones, and those homeowners need to be aware of their vulnerability to severe damage and property losses,” said Botts.