The downturn in the U.S. residential housing market is approaching five years, which arrives in just one week with the start of June. 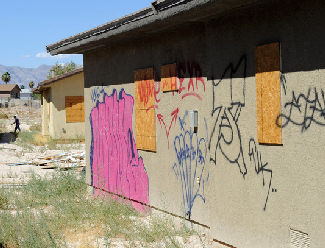 Housing markets in California and Florida were the fist to feel the impact of the slowdown that resulted from a combination of Wall Street shenanigans and bankers creative financing products with a record amount of mortgage fraud that odds keepers in Las Vegas wouldn’t even touch.

This housing downturn has been an epic scenario by any measure of the imagination. More than 7 million foreclosures have resulted so far to homeowners, and that doesn’t begin to count the number of foreclosures on commercial properties and apartment complexes in the U.S.

For two years back-to-back active hurricane seasons in Florida slowed home and resort vacation sales, while California was suffering through its own crisis as companies laid-off workers in mass sending the unemployment rate sky-rocketing.

Housing markets in the hardest hit regions of the country are still reeling from the pain of the foreclosure crisis, which is far from over as a result of more than 1-million homes awaiting foreclosure by banks at present. But at least inroads are being made to improve the situation as the bloated inventory of foreclosures is sold-off. 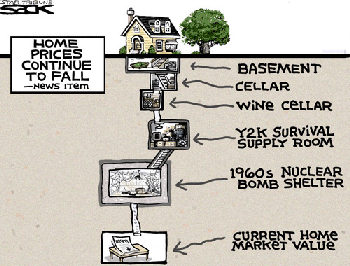 The crisis, however, is years from coming to an end as an increasing number of homeowners walk away from mortgages, others lose jobs and are unable to make mortgage payments, some become so distressed and disillusioned by declining home prices they give up and the federal government fails to develop a rescue plan to at least temper the foreclosure crisis.

It’s been nearly five years since Housing Predictor first forecast the foreclosure crisis to reach epidemic proportions. When we first made that forecast it was criticized as a “dooms-day” prediction. These days as the World changes and demonstrations of violence across the globe attest, the ramifications of the crisis that started in the U.S.A. manufactured on Wall Street was relatively conservative and pales by comparison to the reality that it has reached.

As all crises rise and ebb like the tide on the ocean’s shore, many people assume for their own sanity or semblance of sorts that things are getting better. But for millions of Americans who are in economic peril as a result the crisis is far from over and is likely to lead to millions of additional foreclosures.

As one owner of an online realty site Mark Quinones puts it, “The banks have done little to prevent this decline in the housing market. In fact, in many areas their tough stance on foreclosures have made the situation a lot worse.”