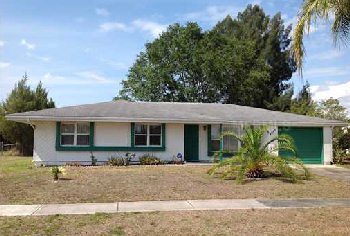 approved by Congress effecting more than 30-million U.S. homeowners before the end of the year.

House majority leader Harry-Reid (D-NV) is being pushed by a group of senators to bring the legislation to a vote before Congress adjourns for the year. Unless lawmakers approve an extension of the short sale tax elimination, homeowners selling their homes as short sales would be taxed on any debt related to the sale.

The Mortgage Debt Relief Act has been in effect retroactively since 2007. It expires December 31st unless it is extended. Up to $2-million in debt can be eliminated through the exemption passed to give homeowners who have been forced to sell their homes or foreclosed on properties relief from the real estate crash.

The over-whelming majority of U.S. homeowners have seen the value of their homes reduced over the last several years. Many in the hardest hit regions of the country have sustained as much as 85% in financial losses since the peak of the market.

Under the law currently in effect, homeowners taking the loss are eliminated from owing federal taxes on the losses. Wall Street manipulations and loose banking mortgage underwriting triggered the epidemic of foreclosures, which has now topped 7-million in the U.S. since 2006.

Under a $25-billion settlement worked out with the nation’s five biggest banks in the robo-signing scandal, a larger number of homeowners at risk of foreclosure are receiving mortgage modifications and short sales.

Homeowners who got their mortgages from other lenders are still troubled by the crisis in many cases, and millions face the likelihood of losing their homes to foreclosure. If you sell your home after the end of the year and the federal extension isn’t approved by Congress you could be on the hook for additional federal taxes.