Problems with the U.S. housing market are more structural than cyclical in nature, analysts contend as the nation faces another round 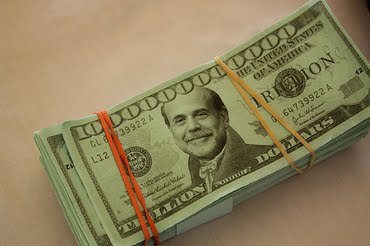 of quantitative easing in store from the Federal Reserve. Record low mortgage rates and the lowest home prices in years aren’t enough to turn around ailing real estate markets.

Home values are on an upward move in many cities that were impacted the hardest by the real estate crash, mainly as a result of declining foreclosures being brought to the market for sale.

Banks and mortgage lenders are holding back the inventory in an effort to stimulate higher home prices and trigger a deeper recovery in the real estate market. The efforts are part of a wide ranging move to improve conditions in the housing market amid slower home sales during what is typically the busiest time of the year for real estate.

Lingering doubts about the U.S. economy among consumers, a political mine field of issues holding up Congress, with the presidential election in November is making any progress on the economy impossible to resolve. The structural problems that exist with the economy hold back a full housing recovery from developing.

Another round of stimulus, QE3 as financial experts call it, is expected to be issued towards the end of the year by the Fed in an effort to stimulate the U.S. economy. The Fed has vowed to keep its benchmark lending rate at or below 2.00% through at least 2014, but there are other tools in its arsenal that could aid the U.S. housing market, which is struggling to recover in many areas of the country.

When the Fed is expected to take its next steps seems to be the big question rather than “if.” The question should dominate the agenda at the Fed’s policy making committee meeting next week.

Federal Reserve chairman Ben Bernanke told Congress that options under consideration include another round of asset purchases (mortgage securities) or quantitative easing. The Fed is expected to increase its role of ownership with more mortgage backed securities. The purchase, the first since 2010, would act to further stabilize the mortgage backed securities market and provide additional easing for bankers to keep mortgage rates at all-time low levels.

The move would not necessarily generate more home sales, however, as consumers remain leery about the greater U.S. economy and have doubts about the health of the housing market. But would act to aid U.S. financial markets and keep others in check around the world.