Mortgage applications fell by a huge volume for the week as rates on home mortgages climbed demonstrating that foreclosure moratoriums put in place by major lenders are having an impact on the housing market, according to the Mortgage Bankers Association. Applications dropped 14.4% on an adjusted basis from a week earlier. 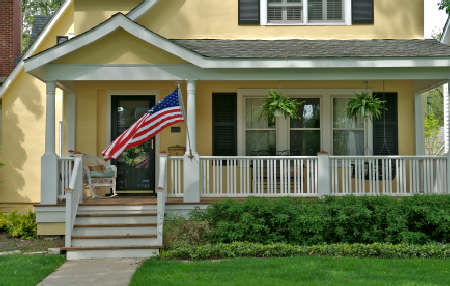 Refinancing also declined for the week, as applications tumbled 16.5% from the previous week, and are now at the lowest levels since July of 2009. The drop in refinances apparently also indicates that the majority of homeowners who would or could refinance have already done so. The bankers purchase index showed a more modest decline of 5% from a week ago, but still represented the first fall in purchase money applications in a month.

The average rate on a fixed 30-year mortgage increased for the week to 4.46% with points of 1.13 on an 80% loan to value mortgage, according to the bankers’ survey, which accounts for about half of all U.S. mortgages. It’s the highest that the 30-year fixed rate loan has been in the survey since early September. The Mortgage Bankers survey also showed that rates on a fixed 15-year mortgage rose to 3.87%, a substantial increase from the week earlier when it was at 3.64%.

The increase in both the 30-year and 15-year fixed rate mortgages shows that mortgage rates are likely to be on their way higher.

The four week moving average on home mortgages is down a slimmer 2.8% as applications for refinances compose the largest majority of business at 80.3% down from 81.7% the prior week. Adjustable rate mortgage made up just 5.3% of activity.