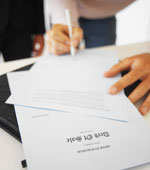 Fasten your seat belts folks, its going to be a “white-knuckle” flight for a couple paragraphs, then some blues skies and green lights.

Chicken Little may be right. H & R Block is unloading Option One Mortgage and its $53 billion sub-prime garbage. Insiders are lamenting that after Bear Stearns cut the throats of 14,000 employees, the company initials B.S. no longer stand for Bear Stearns –get it?

A well respected economist appeared on the Glenn Beck CNN television show saying that banks are feeling the “crunch,” and now that foreign investments have pretty much trickled to a slow drip, there is nobody out there in this wide world planning to come riding in on a white horse and save our butts from government financial mismanagement and disaster.

The economist continued to say the big reason foreign investors have pretty much closed the money box is they have their own financial headaches to worry about. On a scale of 1 to 10 10 being worst, this guru put the USA at number 7  heading toward 10. George W. and Fed Chief Uncle Ben still dont have a clue on the economic situation. Nothing but lies, excuses, bail-outs and print more money – like pouring gas on a blazing bonfire.

Meanwhile, Sharper Image hung an “out to lunch, permanently” sign on their door. Carlyle Capital Corp. has defaulted on $16.6 billion of its residential mortgage-backed securities, fuel prices are at or just a tad under $4 a gallon in many states. American Airlines has lost money the past three years with a long-term debt in 2007 of $9.4 billion and 2008 is shaping up just as bad. Countrywide Financial has an insufferable migraine with the entire states of California, Florida, Arizona, Michigan, Ohio and Nevada now “blackballed” on some mortgage insurers lists, and I havent even touched on the auto industry, yet. (think General Motors) Ouch!

But, lets get back to those blue skies and green lights. Your family has the desire to get into another home ASAP after suffering through a foreclosure. The bad news is youll have to wait about 24+ months to reenter because of the foreclosure. Some lenders/banks have a 36 month wait. FHA and USDA (the Rural Housing Guaranteed Loan Program) might look the other way and let you in sooner than 24 months if you have no other credit problems, a good job history, (at least 3 years) and are now a reborn, prospective borrower with some common sense. Unlike the ones who had a six bedroom McMansion, four cars, a dune buggy, speed boat, and a back-end Debt to Income ratio approaching 70%. They wont have a chance.

However, if that apartment or mobile home youre currently renting is putting a squeeze on your nerves because youre married to a lovely woman, have two teenage daughters, and you havent seen the inside of that one bathroom with the shower in 11 days, good ‘ol Tony may have your escape hatch. How am I doing so far?

If youre employed, not loaded with debt, and can put your hands on a few bucks  maybe less than $5,000, here is how you may get back to mowing your own yard  again.

Wherever you live there is an opportunity. Pick your area and start driving the streets looking for a sign saying: Help or Foreclosure Pending. If the home is already boarded up with a realtor sign, forget it. Youre too late. You want to be in this action BEFORE the owner/ borrower is kicked out. Newspapers, Foreclosure.com & Craigs List can be good leads, too.

Once you find a distressed home, talk with the owner and find out how far in arrears they are on monthly payments and/or property taxes. Most times, its not much. They are just strangling in debt and job loss, which could be your big break.

If the money owed fits your budget, go to a stationary store or online and get several copies of a Quitclaim Deed. Then visit Google and bone-up on what the Quitclaim Deed is and how it works. Briefly, though, it legally transfers, without warranty, whatever right, title and interest a Grantor (current owner) may have at the time of conveyance to you. Fill it out and have them sign with signatures notarized and dated.

Youll need to bring all delinquent mortgage payments current as well as any unpaid property taxes. So, get the deed in hand FIRST, verify amounts of all unpaid mortgage payments and back property taxes, if any, then, if you want to continue, make the payments. If you get bogged down, talk with an attorney or visit a local escrow/title company for advice on procedures. Oh, one more thing. Do NOT record the Deed. Stash it in a safe deposit box. Most all lenders have a “due on sale” clause.

If you record the Deed and the lender is notified (in todays climate that might not happen for a long time) they could call in the loan asking for payment in full. This Quitclaim transfer will not release the owner of responsibility, but YOU will have legal ownership, recorded or not recorded. Before you jump off the deep end, locate some recent sold values on homes plus check on local comps within a mile radius, too. If all looks good  sit down around dinner with the family, discuss the good and bad, if any, and make your decision. Good luck!