As one of the most battered real estate markets in the U.S. few would think Miami was in any position to be setting records. But the sale of 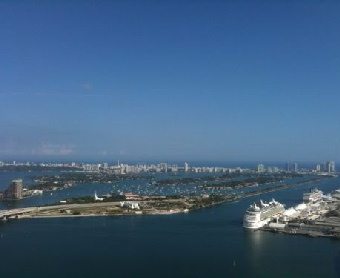 homes, townhouses and condominiums is on pace to set a new record for the year in the Florida market, according to the Miami Realtors Association.

Driven by discount priced foreclosures, short sales and a bevy of cash buyers existing single family home sales soared 46% in September, but only mustered 848 homes for the month compared to 582 a year ago for the same month. Sales of condos rose 58%.

The inventory of residential listings in Miami-Dade County has dropped more than 65% from its peak in August 2008 when the sale of condos and homes nearly froze at the height of the financial crisis.

More than half or 59% of residential real estate sales were distressed last month, including bank owned REOs and short sales, compared to 69% in September 2010. The decline is expected to reverse in coming months as more foreclosures are listed for sale by banks and mortgage servicers.

“At the current sales pace, the local market is expected to reach 29,000 transactions this year, which would set a sales record and would surpass the sales volume during the height of the boom in 2005,” said Jack Levine, chairman of the board of the Miami Realtors group. 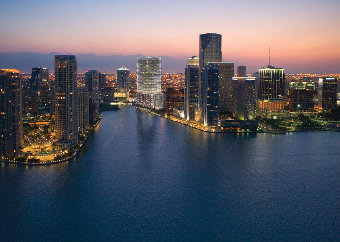 Almost two out of three transactions were paid for in cash in September, with 76% of condos purchased bought without mortgage financing. International buyers make up a large percentage of condo and second home buyers in Miami. Ninety percent of their purchases are paid for in cash.

“There is great demand from international and domestic buyers and investors for South Florida REOs,” said Miami Realtors president Ralph De Martino. “Based on the current robust level of sales activity it is expected that regardless of any shadow inventory, distressed properties pending foreclosure or short sales or REOs yet to be listed for sale – that may come on the market, there is insufficient supply to satisfy demand.”

Average prices are rising as a result of the increase in sales, but are expected to be buffered in the last part of the year as more bank foreclosures are listed for sale pressuring values of surrounding properties. Single family homes spiked an average of 29.8% higher from year ago levels, sales statistics from the Miami association said.