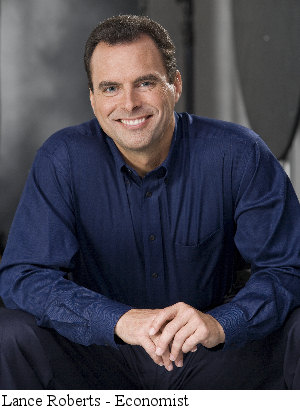 Giveaway) mode as President Barack Obama travels from sea to shining sea seeking to regain support of the disgruntled masses.

With the jobs program a failure due to inaction from Congress, and the fact that the plan was built on a misdiagnosis of the economic ills, Obama has now decided to end run Congress with a modified program to help distressed homeowners – HARP (Home Affordable Refinance Program).

As I see it, here are the problems with HARP. The country now has the lowest employment to population ratio since 1984 and with unemployment comes a lack of income. With real unemployment running closer to 1 in 5 individuals, food and energy consuming 22% of wages and salaries, real incomes declining and more than 45 million Americans living on food stamps it is no wonder so many homeowners are delinquent on their mortgages.

These facts combined with the household debt-to-obligations that have soared into the stratosphere in the last decade are forcing homeowners to skip payments, fall behind and make tough decision about how to allocate very limited resources. The age of frugality has arrived, quite forcefully, and the deleveraging process has begun.

Here is the tough truth that no one wants to hear. Home ownership is not a “right’ – it is a “privilege”. The “American Dream” has never been the ownership of a home. Our immigrant ancestors did not come to this country with the dream of owning a home. They came with a dream of building a better life for themselves and their family. The result of their success from their hard work was eventually the ownership of real property.

The past two administrations have done an excellent job of distorting that reality into an abomination that has dragged millions of unwitting Americans into debts that they can not afford. 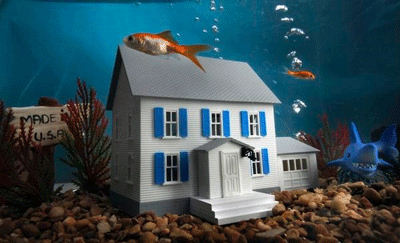 HARP is not the solution for the roughly 1 in 4 Americans that are underwater. If an individual is distressed due to insufficient income, lowering their mortgage payment by a couple of hundred dollars a month will not necessarily solve their problem.

If someone is under employed and can’t find higher paying work in their current locale refinancing them on an underwater property creates a “lack of mobility.” While they maintain their home ownership they can’t sell their property to get out from under the mortgage and therefore cannot move to another locale where better jobs are available.

What many of these underwater home owners need is a way out of their bad situation. Without an ability to increase income, find work or resolve debt issues they will inevitably fall behind again. This will eventually lead to default and the foreclosure process will ensue. Obama’s plan only keeps people in homes that they couldn’t afford to begin with making a bad situation ultimately worse as it delays the clearing process of bad debt from the system.

Lastly this plan doesn’t solve the problem of sinking home values and rising household debt. The plan only invites more government meddling in the mortgage business reducing loan -to-value requirements and other lending standards. Isn’t that what got us into this mess to start with?

In the end, while President Obama believes that we should try again hoping for a different result I am pretty sure that it is also the definition of “insanity”.

Lance Roberts is the CEO and Chief Economist for Streettalk Advisors, a registered investment management company with over $400 million assets under management. Roberts has 25+ years of experience in private banking, money management and financial services, a radio show (KSEV) in Houston, and blogs daily on macroeconomic news: http://bit.ly/Streettalk