in an effort to aid the housing market.

The bill, authored by House member Susan Davis (D-San Diego) was introduced to give homeowners at risk of foreclosure a fair chance to avoid further damage to their credit rating. The Short Sale Transparency Act would require the nation’s giant mortgage lenders, Freddie Mac and Fannie Mae to disclose the minimum price they would be willing to accept for a short sale property if the first offer to purchase a home is rejected.

Properties that are sold as short sales sell for less than what is currently owed on the mortgage principal, and must be approved by lenders in order to transfer title without blemishes on their title.

Short sales have increased as a last ditch effort by homeowners to avoid foreclosure. When the price a lender requires is unknown, short sales often become less viable because homeowners are “essentially shooting in the dark when submitting bids to a bank.”

Loan servicers often repeatedly deny short sale offers without providing homeowners any guidance on the price the lender is willing to accept. As a result, many homeowners that may have sold their property as short sales end up as foreclosures. The bill would require lenders to disclose the minimum price that banks would take for their home to provide a level playing field for homeowners, banks and investors. 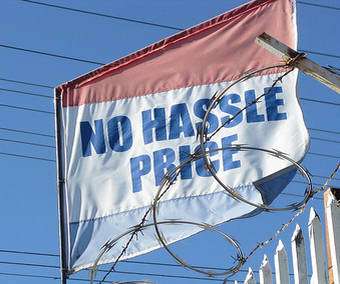 “People deserve a real chance to avoid foreclosure,” said Davis. “It is unfair to expect someone to complete a short sale instead of abandoning their home to foreclosure, if the banks don’t meet them half way. So many homeowners are willing, even eager to work with banks to get out from under the mortgage and protect their credit rating. But far too often, they find themselves in a guessing game as to what dollar amount will complete the sale.”

The bill was offered just weeks after another California Congresswoman, Maxine Waters (D-Los Angeles) called on President Barack Obama to offer bold solutions on jobs and the foreclosure crisis. Waters said Obama should demand bankers modify mortgages for millions of homeowners at risk of foreclosure.

The veteran Congresswoman has been a leading voice for homeowners at risk of losing their homes, calling for a foreclosure moratorium after the robo-signing scandal made headlines a year ago, and has lobbied to help homeowners and tenants renting properties at risk of foreclosure.