The number of homeowners behind on their mortgages has dropped as a result of a higher number of mortgage modifications, according to

one of the nation’s largest providers of mortgage data. The drop in mortgage delinquencies is a positive sign for the housing market, despite an uphill battle banks and mortgage companies are waging with the foreclosure crisis.

Mortgage delinquencies fell 2.5% in August from July, according to Lender Processing Services, which gathers its data from nearly 40 million mortgages it tracks for the U.S. lending industry. Total delinquencies, which include loans that are 30 days or more past due, dropped to 8.13% last month. 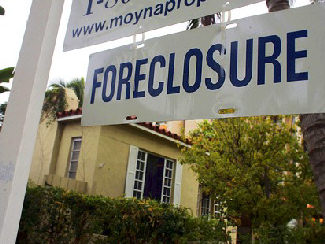 Florida, Mississippi, Nevada, New Jersey and Illinois are the states with the highest percentage of non-current loans and homes in foreclosure.

Five other states that had little risky sub-prime and ALT-A lending had the lowest number of homes late on mortgage payments. Montana, Alaska, South Dakota, North Dakota and Wyoming are at the other extreme with the lowest percentage of homes late on their mortgages.

The drop in delinquencies, however, is not a clear indication that foreclosures are easing nor are they expected to slow by real estate analysts over the next few years. Aggressive action by government leaders combined with bankers are the only avenues that could aid the housing market as high unemployment and other financial worries trouble the nation’s economy forcing more mortgage holders from their homes, and at risk of foreclosure.