The U.S. Justice Department has charged more than 1,200 perpetrators with mortgage fraud in a major nationwide crackdown involving more than $2.3-billion in losses, stemming from the real estate collapse leading to the foreclosure crisis. The sweep represents the largest crackdown yet by law enforcement against perpetrators of white collar crime in U.S. history. 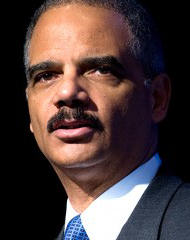 The staggering totals from the sweep identify a clear history of mortgage fraud that has transcended to every corridor of the U.S. economy, pulling housing prices lower in the over-whelming majority of the country, devastating the U.S. economy.

The sweep is the latest effort in the federal government’s efforts to clean up the mortgage market, long troubled by financial manipulations on Wall Street and by bankers, who developed new mortgage lending products at the height of the real estate market to make every loan possible to willing borrowers.

The arrests have been made over nearly a four month period, starting March 1 as “Operation Stolen Dreams” got underway, according to Justice Department officials. Twelve-hundred and fifteen defendants have been charged as every law enforcement branch of the federal government coordinated with state and local police agencies to investigate cases of fraud.

Investigations uncovered cases that have resulted in dozens of foreclosures and millions of dollars in losses with fraudsters who have bankrupted companies and national lenders, who broke lending laws in order to provide loans to participants. The crackdown involves 191 civil enforcement actions, through which $147-million has been “ordered recovered,” according to Justice Department officials.

“In Detroit, just yesterday we charged several individuals who are part of a more than $100 million, 70-plus person “ghost loans” scheme,” said Attorney General Eric Holder, unveiling the arrests. “The conspirators posed as mortgage brokers, appraisers, real estate agents and title agents and used straw buyers to obtain around 500 mortgages on only 180 properties.”

Task force investigators traveled to communities most heavily devastated by the housing crisis to talk with mortgage industry insiders and community members on how mortgage fraud has damaged their cities.

“In Miami, just yesterday we unsealed an indictment and arrested two defendants, who allegedly targeted the Haitian-American community,” said Holder. “ Often claiming they would assist them with immigration and housing issues, but then instead using victims’ personal information to produce false documents to obtain mortgage loans.

“We have seen mortgage fraud take on all shapes and sizes – from schemes that ensnared the elderly to fraudsters who targeted immigrant communities,” said Holder. In November President Barack Obama created the Financial Fraud Enforcement Task Force to coordinate law enforcement efforts against financial criminals and “bring the perpetrators of fraud to justice.”

“In Chico, California, a prominent home builder, caught with a significant amount of unsold new homes as the housing market cooled, allegedly used straw buyers to sell his houses at inflated prices with undisclosed sales rebates,” said Holder. “This scheme inflated prices on other homes in the area, creating artificially high comparable sales and affecting the overall new-home market. To date, thirty-eight of the homes have fallen into foreclosure and ten more have been the subject of short sales – all in one city.”