By Mike Colpitts
Driven by record low mortgage rates, the U.S. housing market is beginning to show signs of improvement as consumers search for 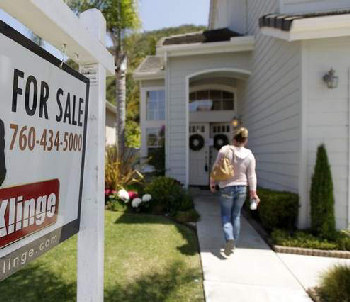 The benchmark rate, the 30-year fixed fell three basis points to reach an average of 3.53%, according to the Freddie Mac survey. The mortgage has been below 4.00% all but one week for all of 2012.

The15-year fixed hit an average of 2.83%, also down three basis points from last week. The 5-year adjustable rate loan smashed its old record, dropping to 2.69%. The only loan to not set a new record was the 1-year ARM, which remained the same as last week at 2.69%.

However, few consumers seeking mortgages to purchase a home or refinance lock-in adjustables these days with fixed loans being at record lows.

New construction starts also rose to the highest rate in more than two years in June as new housing jumped for the fourth straight month. Demand for homes, however, has been tempered by a declining inventory in most regions of the country in the resale market.

But new home builder confidence rose for the fourth month in a row to the highest level since March 2007, demonstrating that improving conditions are developing in the housing market, despite other negative economic news.