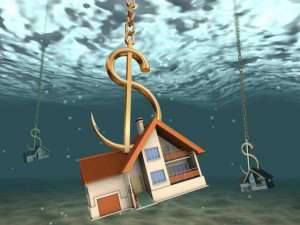 under a program that is scheduled to be expanded by the U.S. government.

An estimated 1.3 million homeowners have already refinanced through the government’s Relief Refinance Mortgage Program, which includes the Home Affordable Refinance Program (HARP) on mortgages below 80% loan-to-value. The new changes are expected to be released to lenders in September on Freddie Mac generated loans and go into effect after the first of the year.

“Once implemented the changes will give lenders a new measure of certainty and ease when they help borrowers with Freddie Mac owned or guaranteed mortgages,” said Freddie Mac head of single family operations Paul Mullings.

In the second quarter of the year, 59% of homeowners who refinanced through Freddie Mac lenders kept the same loan amount, which was the highest amount in the 27-years the government backed lender has been keeping track of refinancing activity. Fewer homeowners than ever also took out cash through refinances.

Interest rates on 30-year fixed rate loans were at a median of 1.5% less or a savings of about 28%, the highest in the program’s history. “The typical borrower who refinanced reduced their interest rate by about 1.5 percentage points. On a $200,000 loan that translates into saving about $2,900 in interest during the next 12 months,” said Freddie Mac chief economist Frank Nothaft.

Some underwater homeowners with especially good credit and strong job stability have been approved for refinancing underwater mortgages, helping to produce a refinancing frenzy. HARP loans were about one-third of Freddie Mac’s volume during the second quarter, the highest since the inception of the government program, which is still well under government expectations.