By Mike Colpitts
In a record breaking move, mortgage rates dropped to the lowest level in U.S. history this week as rates paid for Treasury bonds pushed rates 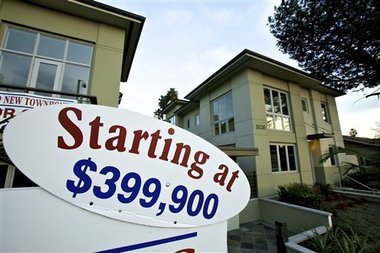 lower. The rate on a conventional 30-year fixed rate mortgage fell to an average of 3.79%, four basis points below last week’s all-time record low, according to Freddie Mac.

The fixed 15-year mortgage, which has become extremely popular with homeowners refinancing mortgages, also dropped to a new historic low, hitting 3.04%, down just a single basis point from a week ago when it averaged 3.05%.

However, adjustable rate mortgages moved slightly higher, despite the 10-year U.S. Treasury bond dropping to 1.77% during the week, the lowest it has been in more than two years. The 5-year ARM averaged 2.83%, up two basis points from a week ago. The 1-year Treasury indexed ARM rose to an average of 2.78%, a climb of five basis points from last week when it averaged 2.73%.

Fixed mortgage rates are at their lowest levels recorded in U.S. history, according to the Freddie Mac survey, which accounts for about 75% of all home loans applied for in the country.

The drop in fixed rate mortgages, however, has been triggered by economic uncertainty in the U.S. and abroad, including the debt crisis in Europe. Leading real estate analysts are concerned that additional troubles in Greece and France could trigger another economic downturn in the worldwide economy.

“The European debt crisis overshadowed improving economic indicators for the U.S. and allowed Treasury bond yields and fixed mortgage rates to ease for another week,” said Freddie Mac chief economist Frank Nothaft. But there was also good news reported on the U.S. economy, with industrial production rising 1.1% in April, the highest since December 2010.

Positive news also drew praise from economists in the home building sector. Housing starts rose to an annualized rate of 717,000 homes in April, substantially above the consensus forecast for the month. The new home builders’ index also reached its highest reading since January 2008.