The improving U.S. economy is forecast to push mortgage rates higher, driving the cost of home loans much higher before the end of 2012, 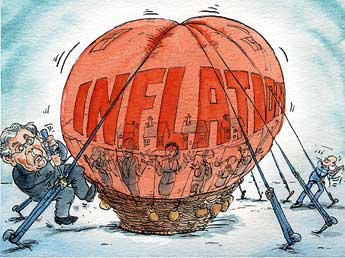 according to a consensus of economists. The analysis was part of the Urban Land Institute’s survey released for 2012 through 2014.

Economists expect inflation as measured by the Consumer Price Index (CPI) to reach 2.4% in 2012, slightly higher the following year to 2.8% and 3.0% in 2014. U.S. Treasury bond rates, on which mortgage interest rates are priced are projected to increase with inflation at a rate of 2.4% this year and slowly move higher till they hit 3.8% more in 2014.

Mortgage interest rates hit their lowest level in two weeks last week, according to the Freddie Mac survey. The 30-year fixed rate mortgage dropped to 3.99%. The decline in the average rate from 4.08% the previous week came on mixed economic news. The 15-year fixed rate and the 5-year adjustable rate mortgage also saw declines.

Interest rates are forecast to move higher by economists, despite the Federal Reserve’s stance, which is keeping the rates it charges banks at or near zero. Banks and mortgage companies, however, set their own borrowing rates for consumers and businesses.

Kenneth Rosen, who is chairman of a leading financial consulting group, Rosen Consulting, expects any sort of recovery to be slowed as a result of higher rates. “It’s important to say mortgage rates could well encourage the market to recover,” said Rosen.

For home buyers a one-percent difference would mean a major increase in monthly payments. At 4.00% a $200,000 mortgage amortized over 30 years would be $954.83 before taxes and insurance. The same mortgage would cost $1,073.64 if the interest rate was 5.00%. That large of an increase could be damaging for the U.S. housing market, which is seeing higher home sales this year compared to a year ago.

The ULI survey was conducted during February and early March and is a consensus view reflecting the median forecast for 26 economic indicators, including real estate transaction volumes, property investment returns, vacancy rates and rents for a variety of property sectors.