By Mike Colpitts
Mortgage rates held steady to maintain record low levels, with the 30-year fixed rate mortgage staying at an average of 3.66% for the 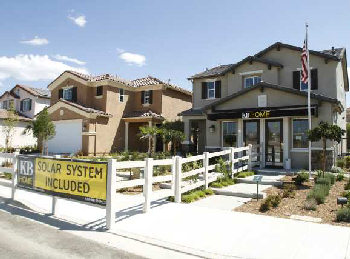 second week in a row, according to Freddie Mac. The shorter term 15-year fixed loan slipped a single basis point to 2.94%.

Many consumers refinancing homes are opting for 15-year mortgages in order to pay-off their homes sooner and obtain a faster rate of home equity, despite conditions in their local real estate markets. The favorable rates will allow more homeowners to become mortgage free in a shorter period of time.

Rates on the adjustable rate 5-year Treasury indexed hybrid averaged 2.89% this week, a two basis point rise from a week ago. The 1-year ARM also remained steady for the week to average 2.74%. Mortgage rates have been at or near record lows for more than two months as banks keep rates as low as possible in order to attract the most credit worthy borrowers.

Low rates should help to aid the troubled housing market, despite high unemployment and other economic issues. The yields paid to Treasury bond holders held steady for most of the week in the 1.60% range on the benchmark 10-year note. Movement in Treasury rates usually act as a precursor to mortgage rate adjustments.

Rates in the U.S. may experience drastic changes due to economic problems in the Eurozone, including issues in Spain and Greece.

“Mortgage rates were virtually unchanged this week hovering at or near record lows and should further help to support a recovering housing market,” said Frank Nothaft, Freddie Mac chief economist.

Home prices in many urban areas of the U.S. are beginning to show improvements, but still have a long way to return to any where close to what they were during the real estate bubble. The Federal Housing Finance Agency’s new house price index started by the Obama administration in an effort to paint a rosy picture on the housing market showed more than a 0.5% monthly increase in April.