The U.S. government has selected the firms it’s going to sell the first bulk inventory of its foreclosure homes to at wholesale prices. The 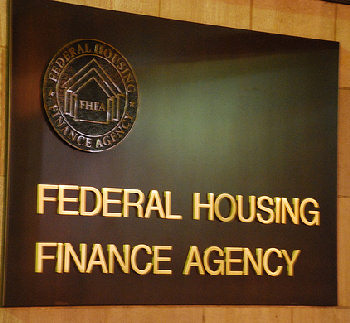 Federal Housing Finance Agency (FHFA) quietly announced that the winning bidders of its real estate owned (REO) pilot program had been chosen the day before the Independence Day holiday, but declined to name any of the companies involved.

The government’s housing agency launched the controversial program on a trial basis, selling 2,490 homes to investor groups paying cash for property at rock bottom prices. The move is an effort to unload part of Freddie Mac and Fannie Mae’s surplus inventory of REO foreclosures.

The first wholesale home transactions are expected to close early in the third quarter of the year. The giant government lenders currently hold more than 700,000 foreclosed homes listed for sale in the U.S.

“I don’t see any benefit of the government selling those in bulk for the tax payer,” said Jeff Freud, founder of LoanMarket.net, which operates as a point of sale for distressed property securities for mortgage lenders. “I just don’t understand why you can’t put these properties on the MLS and get full market value.”

Freud and many others in and outside of the industry view the government’s program as a last ditch effort to try and stabilize the housing market, which is already stabilizing itself in many of the hardest hit areas of the country.

“FHFA undertook this initiative to help stabilize communities and home values in areas hard hit by the foreclosure crisis,” said Edward DeMarco, acting director of FHFA. “As conservator of Fannie Mae and Freddie Mac, we believe this pilot program will assist us in achieving our objectives and help to maximize the benefit to taxpayers.”

Fannie Mae offered the pools of properties in areas that have been especially devastated by the foreclosure crisis. Investors were evaluated on the basis of several factors, including financial strength, asset management experience, property management expertise and experience in the geographic area where the properties are located.

The agency announced the start of the program in February, targeting eight of the hardest hit metropolitan areas, including Los Angeles, Las Vegas, Atlanta, Chicago, Phoenix and a handful of Florida cities. The wholesale priced homes will start with just 2,490 residential properties, but are expected to expand, selling at pennies on the dollar to cash paying real estate investment groups. The majority of properties are single family homes (1,743).

Fannie Mae is selling off pools of properties, including rental homes, vacant properties and non-performing loans, including homes with some residents still living in foreclosed properties. The bulk investment buyers, none of whom have been named by the government, will purchase the properties to rent to tenants during the first phase of the program, according to government spokesmen.