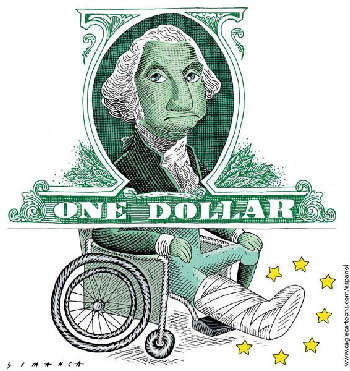 previous record low was set in early February at 3.87%, according to Freddie Mac.

Growing fears over the health of the economy sent U.S. Treasury rates paid to investors to remain below 2.00% for the week, mostly hovering around 1.93% on the 10-year note, sending mortgage rates lower. The popular 15-year fixed rate mortgage also dropped to a new record low of 3.07%, beating its all-time previous low of 3.11%.

Concerns about the U.S. unemployment rate, which has been higher than at any other time in U.S. history for the longest period of time, and growing worries over the European debt crisis trouble the nation. The job rate is expected to remain high Friday when government figures are released.

The nation’s GDP or Gross Domestic Product rose to an annualized rate of 2.2% during the first quarter of the year, down from 3.0% the final quarter of last year as inflation remained tame, according to the Federal Reserve. Economists were hopeful that the economy would grow at a faster pace.

However, in every major U.S. recession home sales have increased to lead the nation out of economic hard times, with home prices later increasing except one recession in the early 1800s. The ailing residential housing market, however, is starting to see improving home prices in some areas of the country.

The 5-year Treasury indexed adjustable rate mortgage averaged 2.85% this week, unchanged from last week with 0.7 point. A year ago the same loan was at 3.47%. Banks set mortgage lending rates individually to attract business seeking the lowest borrowing rates for home mortgages and loans for business.