As mortgage rates rose, the number of home loan applications slipped modestly last week after hitting a new 3-year high, according to the Mortgage Bankers Association. The 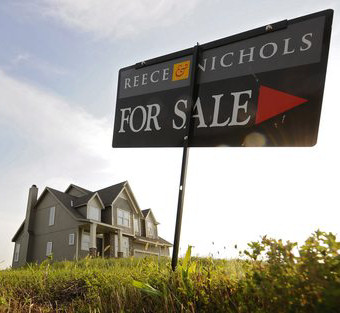 average rate on a conforming 30-year fixed rate mortgage climbed to 3.76% on loans finalized by borrowers.

Record low mortgage rates have driven a frenzy in refinancing activity as homeowners try to take advantage of the lower rates to cut their mortgage payments. However, the lowest mortgage rates are hardly ever obtained by most borrowers with dings on their credit or imperfect credit histories. More than four in five applications made (81%) were for refinancing during the week.

A move by Freddie Mac may open the refinancing market to many underwater homeowners who have been unable to refinance their home loans after the beginning of the new year. The program still has to be finalized by regulators seeking to aid homeowners at risk of losing their homes to foreclosure as a result of payments that have become too expensive to afford.

The average rate on a fixed 15-year rate mortgages fell a single basis point for the week to 3.08% on loans approved by lenders. The 30-year FHA mortgages, which are gaining in popularity as a result of their lower rates and more lenient underwriting guidelines increased two basis points from the prior week to average 3.54%.