Down on the Gulf of Mexico – Living through the last 45 days has been like living through a nightmare for residents along the Gulf Coast, anxiously waiting and worrying what the BP oil disaster will send our way. The plume of massive oil is growing and moving ever closer to the shoreline of Florida. 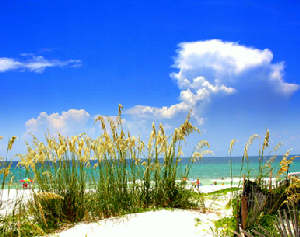 The tourist industry, on which Florida is dependent for so much of its economy, is taking a hit as the black slick of oil threatens Florida beaches and is expected to come ashore as early as tomorrow.

The massive explosion of oil at the bottom of the sea a mile under the Gulf of Mexico has captured the media’s attention like no other environmental disaster in years. The catastrophe that is unfolding is already ruining tens of thousands of people’s lives, crippling the fishing industry, hurting restaurants, businesses, including grocery stores and causing massive cancellations by vacationers.

It’s easy to see that this disaster is of epic proportions and will send tens of thousands of people into bankruptcy, if not more. Businesses all along the gulf are suffering. Clean-up efforts seem to be frightening weak, but that’s what we get as a society when we leave corporations in charge.

Corporations have really hurt this country. All you have to do is look at the banks and Wall Street for what they did to the housing market. It’s scary to think, much less say, but hundreds of thousands of homeowners, if not more, could be forced out of their homes by this disaster, sending so many more into the nation’s foreclosure epidemic as the toxicity of this disaster grows. The fumes from the oil possess carcinogens known to cause cancer in humans. 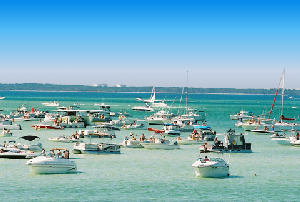 The beach here in South Walton County, Florida is still clear of black tar and oil. We plan on going swimming later today in the Gulf once again, if weather permits to enjoy the Gulf.

It’s an eerie feeling of confusion. Will it be the last time that we get to swim in the Gulf?

Whether it will be possible is hard to say since it’s been raining most of the night.

The weather forecast, however, isn’t at all cooperating with plans for a swim, and the forecast for the hurricane season that just started June 1 st shows a track that takes the storms right through my backyard. Oh yes, this is going to be a hell of a year! Oil mixed with hurricanes. That’s something out of a horror movie isn’t it?

Two of the last 3 night’s thunderstorms have been rolling through. It isn’t unusual to have storms roll through at night down on the gulf, especially during springtime. But it is unusual to have them roll through with the mighty loud thunder that these have had. Once again they woke me from a sound sleep. It’s as if Mother Nature is lashing back at man for screwing around with nature.

The emotions that have been vivid in people down on the gulf over the last 45 days have been raw. At first people seemed like they didn’t want to talk much about the BP oil “spill” as if they were in denial. Then as the oil continued to gush from the oozing well off Louisiana’s coast people seemed more interested, then concerned. Then the worry set in. Fear followed. 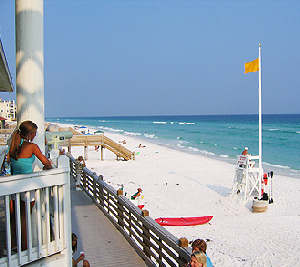 I think we’re still in the latter stage as we wait to see how much damage the oil will do. Oil “spills” have been cleaned-up before of course. The Exxon Valdez comes to mind in Alaska, but this is not a “spill.” This is a disaster of mammoth proportions that will have devastating impacts for years to come.

That word “spill” seems so abundantly inaccurate to me as a reporter type of more than 30-years. A child spills a glass of milk. But a huge pipe at the bottom of the sea floor from one of the biggest oil fields in the world doesn’t spill a little bit of oil. It’s amazing to me how corporate PR can spin the media. BP only wishes they could spin the media better.

Mike Colpitts is the Editor of Housing Predictor, living along the Gulf Coast in what unfortunately is rapidly becoming the center of the worst massive environmental disaster in U.S. history.