Housing sales rose in April as the federal tax credit expired, and pending home sales increased for four straight months, indicating that momentum is building in the housing market setting up a pattern of stabilization. Aided by lower home prices, the momentum of sales is expected to slow and then rise over the latter part of the year. 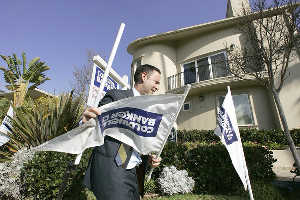 The destabilized housing market is being strengthened by near record low mortgage rates, the Federal Reserve’s purchase of $1.4-trillion in mortgage backed-securities, the federal tax credit and other programs implemented by the Obama administration.

Chief among the driving forces producing momentum in the housing market’s progress towards stabilization is the lower prices on homes that are selling.

A rebound in the housing market is essential to the economy’s recovery in the U.S. Consumer spending over the last quarter has picked-up, but is attributed by Housing Predictor analysts to at least 3-million mortgage holders who are not paying their mortgages, but are spending that money on other items, including retail, which has improved substantially.

The fragile economy has also seen manufacturing improve, especially in high-tech and is expected to see an upward swing over the remainder of the year. But the unemployment rate is expected to remain between 10% and 9.5% for the rest of the year, indicating that a full rebound in housing isn’t possible for 2010 since unemployed people are unable to buy homes since they do not qualify for a mortgage.

The over-supply of homes listed for sale and those homes that have not yet been foreclosed also pose a problem. 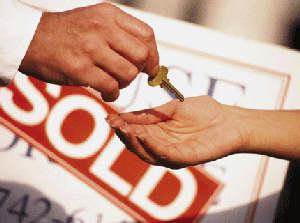 However, the worst housing downturn since the Great Depression is showing strong signs of being over as home prices rebound in many of the hardest hit markets in California, Michigan, Ohio and even Florida, where home sales have been brisk.

However, the impact of the Louisiana oil disaster is projected to have a major impact on Florida home sales, and other areas in the south-east, including Louisiana, Mississippi and Alabama, triggering a further destabilization in local markets. Homes along the immediate path of the worst environmental disaster in U.S. history will suffer from falling home values.

Should hurricanes develop and hit the Gulf Coast region this year, the catastrophe caused by the oil leak is likely to have a devastating impact on housing markets all along the gulf, sending home prices much lower. Housing Predictor has already forecast a 30% drop in values for the immediate Gulf Coast waterfront in Louisiana and Mississippi.

However, the sale of new homes also showed a 15% increase in April as the tax credit expired, demonstrating a two year high, strengthening the market’s move towards stabilization.

There are also many other obstacles for the housing market to clear before a full recovery can develop. The availability of more home financing at reasonable rates is key along with an increase in consumer confidence.

As the nation’s largest bank, Bank of America has started a major TV advertising campaign to sway mortgage holders over from other lenders to refinance and apply for new mortgages in efforts to improve their tarnished image.