Mortgage rates on a conventional 30-year loan barely budged from last week, rising a slim one-hundredth of one percent to 4.79% on average, according to Freddie Mac. Applications for home loans also slowed. 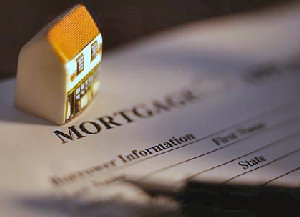 Demand for home mortgages declined 4.1%, the lowest level since April 1997, according to the Mortgage Bankers Association. The expected slowdown was off-set by an increase, however, in refinances that have been gaining demand with the near record low mortgage rates.

A year ago the average for the seldom used 15-year loan was 4.79%. The rate on an adjustable rate mortgage averaged 3.95%, unchanged from last week. Mortgage rates have declined substantially over the past year due to the Treasury Department’s purchase of $1.4-trillion in mortgage backed-securities and a series of government efforts to re-stimulate the housing market.

“The economy grew at a slower rate than originally reported in the first three months of the year, according to the   Bureau of Economic Analysis, which suggests inflation will remain tame in the near term,” said Freddie Mac Chief Economist Frank Nothaft.

“As a result, mortgage rates held at historic levels this week. In fact, rates on 15-year fixed-rate mortgages set another record low for the third week in a row.”

There are also signs that credit conditions at least in the housing market may be improving. The number of homeowners with private mortgage insurance, which accounts for about a third of all home buyers, who became current on their mortgages outnumbered mortgage holders defaulting.

It was the third month in a row for troubled homeowners with mortgage insurance to show an improving trend, according to the Mortgage Insurance Companies of  America. An increasing number of mortgage holders are refinancing loans and obtaining mortgage modifications through the government’s HAMP program and directly from their banks, which are not part of the government program.