The federal government response has been painstakingly slow to the foreclosure epidemic. But one city councilman is proposing a pilot program that could give mortgage holders of distressed homes a chance to stay in their residences amid the worst economic downturn in a generation.

The program, already approved by the Los Angeles City Council, would use up to $1-million in Community Redevelopment Funds to provide loans of up to $75,000 a homeowner if banks agree to reduce the pr 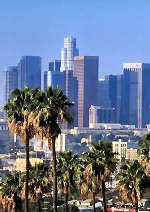 incipal of the mortgage and cut monthly payments.

The plan is being pushed by Los Angeles City Councilman Richard Alarcon, but there’s just one major hurdle. “We can’t get a bank to cooperate,” said Alarcon, who has met with bank officials from Bank of America and other institutions in efforts to launch the program.

“Right now, banks continue to force homeowners into foreclosure rather than negotiate the mortgage balance,” said Alarcon. “This pilot program provides the needed incentives for a bank to reduce the homeowner’s mortgage balance to reflect the real value of the home, saving families from the pain and heartache of foreclosure and saving communities from the devastating impact of so many empty homes.”

Banks have been slow to work with mortgage holders of distressed properties as millions of homeowners are foreclosed in the worst foreclosure epidemic in U.S. history. Current laws lack enforcement powers requiring banks to work with troubled mortgage holders, but federal officials insist that if bankers don’t improve efforts they will force them to do so.

The pilot program, which would be available to homeowners in the hard hit Pacoima area of Los Angeles, would split the underwater amount of the mortgage between the bank and funds provided by the program. “It could be just what the country needs to get things started,” said Alarcon. The principal would be reduced and if there would be any profit made from an eventual sale of the home, the lender and city would share in the proceeds.

Los Angeles and neighboring Riverside County, home of the Inland Empire have been devastated by foreclosures. Southern California home values have declined more than half from their peak highs since the housing market crash began. In Los Angeles more than 100,000 homes and condos are currently in some stage of the foreclosure process. That’s more than the 60,000 homes destroyed in the 1994 Northridge earthquake, which devastated the San Fernando Valley.

The crisis has triggered the worst unemployment rate in Southern California in 70 years, sending thousands of workers on to the welfare rolls in Los Angeles, where more than 1-million residents live under the poverty line.

A Treasury Department spokesman said the program could be a good start, but would need more funding in order to work on a nationwide scale. Eight months after the Obama administration ordered $75-billion to use to entice lenders to modify mortgages only 340,000 mortgages have been modified, while more than 4-million homeowners have lost their homes in foreclosure. At least another 6-million are forecast to lose their homes through 2012.

All Alarcon needs is one bank to cooperate to start the pilot program that could be the start of something promising for the U.S. economy.