The five most likely U.S. metropolitan real estate markets to recover in 2012 are demonstrating signs of economic recovery in at least a 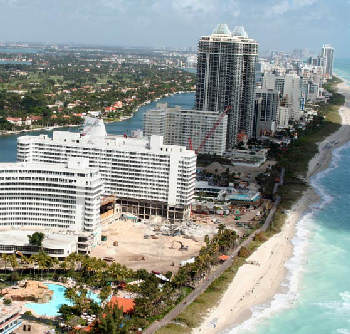 couple of areas, despite the troubled U.S. economy. However, there are few other similarities aside from growing employment and a climate for change.

A sense of cautious optimism prevails in Miami, Florida where the real estate market is already rebounding. Home and condominium sales along with prices are climbing, with more sales to international buyers than anywhere else in the nation. However, it’s not all sunshine and roses in Miami, where high crime rates and a sense of a third world region in many areas of the metropolitan area could hurt the city over the long haul.

Expensive neighborhoods, many of which are behind locked gates, are the safest areas in the waterfront community, and should push Miami into a long healthy rebound in housing.

As a land locked community, Oklahoma City couldn’t be more of a polar-opposite than Miami to land second on the list. But Oklahoma City has a certain economic security of sorts that protected its housing market from a major downturn with better employment than much of the country. The decline in home prices hasn’t been anything like many of the hardest hit cities in the nation, and Oklahoma City should recover from its downturn much sooner than most.

Healthcare and education are pushing Buffalo, New York into the new economy with tourism. A prolific arts scene and an affordable cost of living with lower home prices will push the region into a quicker recovery. More than 20 parks throughout the city should help lift Buffalo on its way to recovery, despite one of the highest annual snow fall rates in the nation.

The attraction of many top Fortune 500 companies and the home of billionaire Warren Buffet, one of the richest men in America have sent a stabilization of sorts into Omaha, Nebraska. Home values haven’t seen the major drop they have elsewhere, and any real downturn should be behind the community. Omaha’s slow growth rate contributes to one of the lowest unemployment rates in the nation, which translates to more people who qualify to buy homes.

Oklahoma City, Buffalo and Omaha were impacted less by foreclosures than many other cities in the nation, providing a stronger financial base for the communities.

Last but not lowest of any metropolitan area in the U.S. is Houston, Texas where the economy is experiencing a steady growth rate as big oil and the burgeoning energy markets supply a steady flow of new residents. Home prices dropped only slightly in most of the Houston metro area and should start a solid upturn during the new year.