For eight straight weeks, mortgage rates have hit new record lows as uncertainty over the Eurozone combined with concerns over the U.S. economy unsettles financial markets. 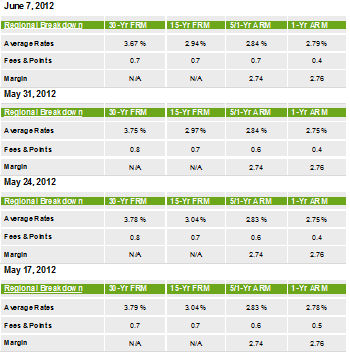 However, government officials in Spain asked for $100 billion to bail-out the country as a loan Friday, leading many world financial markets to gains. The Federal Reserve also repeated its long standing promise to initiate another round of monetary stimulus in the U.S. with quantitative easing should further signs of economic weakness develop.

The chorus of voices to improve world economic conditions could lead to another week of record low mortgage rates, which are set by bankers separate from the Fed. However, the low mortgage rates set by lenders seem to be making little impact on the U.S. housing market since few additional borrowers purchasing homes are able to qualify for the low rates, and as many as half are being rejected for refinances. 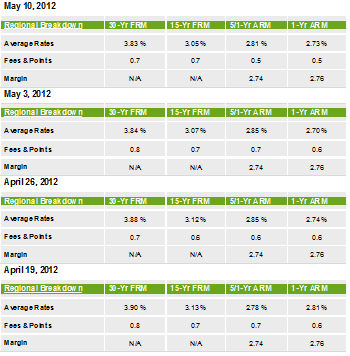 Rates have been falling since April 19th when the Freddie Mac average reached 3.90% on the 30-year fixed loan. The benchmark rate only dropped a single basis point in the May 10 th weekly report, but has kept moving lower ever since.

Few analysts expect rates to move much higher until economic conditions and employment improve. Joblessness has been running at the highest levels for most of the nation the longest period of time since the Great Depression ever since the financial crisis erupted in 2008.

The Fed has said it will keep its lending rate to banks at or below zero for at least another year in an effort to energize bank lending.