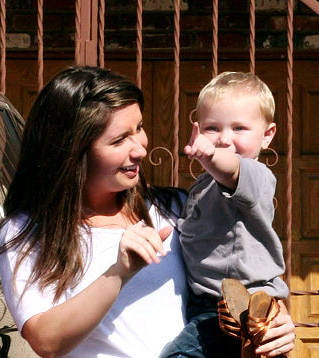 The ex-Dancing with The Stars contestant, whose out of wedlock pregnancy alarmed the Republican religious right wing during Palins run to win the vice presidency, has moved out of her Phoenix area home, and has put it on the market as a rental.

The five bedroom, 2 ½ bath two-story home will rent for $1,400 a month. It was built in 2005 and purchased for $172,000 in cold hard cash earlier this year from a couple who purchased it as a foreclosure in May 2010 for $137,200. Bristols mother, Sarah bought a $1.7 million estate in May in Scottsdale, from which she may make her presidential run for the White House.

E News online reports that the 20-year-old single mother will be leaving Arizona for Los Angeles to be part of another reality TV show for the Bio Channel, which is more evidence that television producers will put anybody who has a pulse on TV these days. The program will feature Bristols 2-year-old son Tripp and her two brothers. 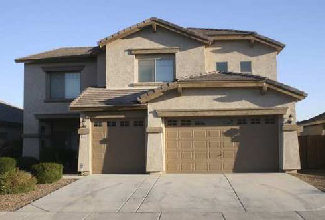 Palin was once engaged to Levi Johnston, who made headlines for his stint as a male model posing nearly nude for Playgirl magazine to grab the money while he was in the limelight. Johnston is the father of Bristols son Tripp and is now back residing in Alaska, where Sarah Palin resigned before completing her only term as governor.

The 3,900 square foot home has a tile roof, brown stucco exterior, access to a community swimming pool and does not allow pets, according to a rental agent who has listed the property. 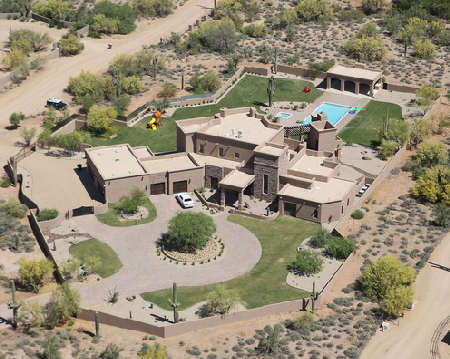 In sharp contrast to Bristol’s moderate home in Maricopa is her parent’s recently purchased Scottsdale estate.