It may seem like it’s been a gruelingly long time, but housing markets are recovering from their crash in seven states, adding another two states to the list in recovery. Nebraska and Pennsylvania join the line-up leading the U.S. out of the downturn.

Despite a national slow down in home sales since the tax credit expired, Nebraska and Pennsylvania are experiencing healthier trends. Lower home prices in both states are attracting buyer interest. Pennsylvania is home to a large retirement sector due to lower taxes coupled with lower home prices, aiding its housing markets. 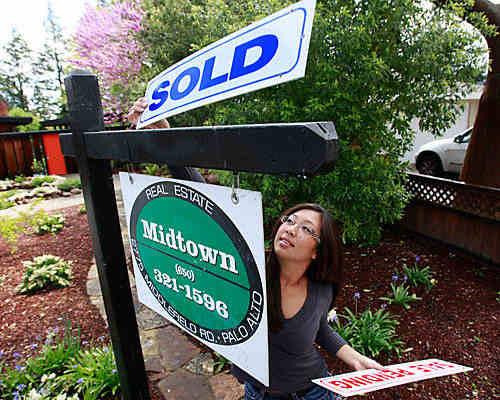 Nebraska saw modest appreciation during the boom. Its home markets were protected by the lack of new fast money mortgage products that were introduced by bankers in more populated areas of the country, resulting in less fallout. In Omaha the home market is in recovery. The foreclosure crisis doesn’t exist in the state’s largest metro area.

Record low mortgage rates are having little impact on sales in many areas of the country. However, home markets in most of the U.S. that are in recovery are encountering unsteadiness due to the sugar-high home sales received from temporary tax credits.

Two states that were spared from fallout of the mortgage crisis, North Dakota and South Dakota are gaining new residents as companies hire additional employees. Both are projected to increase slowly over the rest of the year. Neither experienced much subprime or Alt-A mortgage lending during the real estate boom, the two mortgages that compose the highest number of foreclosures nationally.

California, Virginia and Colorado are also in recoveries. The Golden State has seen home sales decline since the tax credit expired, and price appreciation ease but a special state tax credit will help to stabilize markets, despite further unsteadiness expected in sales.

Areas outside of the nation’s capitol in Virginia are experiencing better home sales as a result of massive government spending on good paying government jobs in Washington, D.C.

In Colorado the high-end $1-million plus home market is beginning to show growing strength, a strong indication that the market is rebounding. Employers are hiring lots of new workers in Denver.

Following a rise in spring and early summer home sales, the Housing Predictor forecast indicates a sluggish return to sales activity that will be aided by further steps from the Obama administration to help markets recover slowed by the impact of the Gulf Coast oil disaster.