Mortgage rates hit 4.42% for a 30-year fixed rate mortgage, the lowest on record. But a growing number of homeowners are ignoring the lower rates locked out from obtaining them due to more restrictive mortgage underwriting guidelines. The new lower rates may make great headlines and TV news fodder but they’re doing little to help most people.

The one big bright spot in the economy is dimming for many Americans, who find themselves rejected for the new lower rates because of higher back-end ratios or their total debt load, including car loans, credit cards and mortgage debt. There’s also the problem of high unemployment, and even the best credit ratings are finding themselves without jobs. 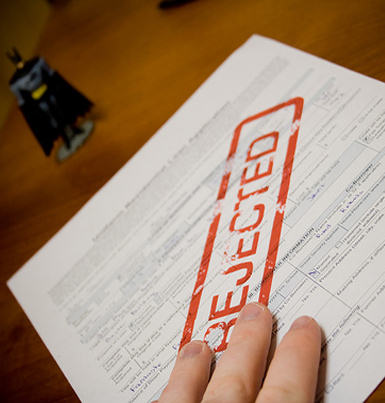 Jim Cunningham of Santa Barbara, California applied for a refinance on his 5-bedroom home, hoping to cut his payment period from 30 years to 15. Cunningham filled out the application, went through the usual routine, and the bank even had an appraisal completed on his home. But nearly two weeks later the Santa Barbara businessman was rejected for the refinance after initially being told he would be approved.

Rates on a 15-year fixed rate mortgage are at their lowest level in history, dropping to just 3.9% last week. “My FICO score was high enough, but a payment of $408 on a car loan for my son’s car blew me out,” said Cunningham. “We’re gonna’ get him a used car and try again.”

Cunningham’s monthly house payment would rise just $392, but cut 11 years off his mortgage to pay the home off in full. The case is similar to what many Americans are encountering in these financial crisis days as banks restrict mortgage lending to only the best candidates for a loan.

However, refinancing applications are at the highest levels in more than a year and a half, making up 81.4% of all applications for mortgages, according to the Mortgage Bankers Association in last weeks survey. But the association doesn’t keep official figures on how many loans are actually approved. Some bankers say the rejection rate may be as high as 80%.

The more restrictive mortgage under-writing guidelines are tied to requirements implemented by the nation’s two giant mortgage lenders, Fannie Mae and Freddie Mac, which currently buy-up more than 90% of all home mortgages. Wall Street economists are urging the Feds to loosen lending standards to allow more homeowners to refinance and buyers to make home purchases, but their resistance seems to be doing little to stimulate mortgage lending.

The Federal Reserve may act to stimulate the lending market eventually, however, buying up more mortgage debt from the two government backed lenders all in an attempt to get the economy moving once again.